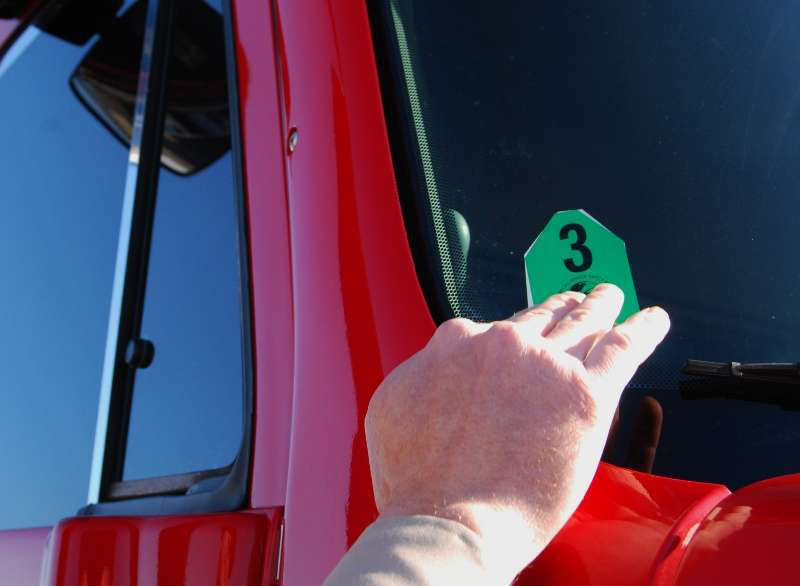 If you have a CSA score above the intervention threshold in one or more of the BASICs, you need clean inspections to improve scores in a timely manner, such as vehicle inspections resulting in application of a Commercial Vehicle Safety Alliance decal.

Maryland’s place at the top of the state inspection-intensity list (see the interactive maps for complete state rankings on our main CSA’s Data Trail site)  reflects a state policy that’s been in effect since the advent of Compliance Safety Accountability. State Police Capt. Bill Dofflemyer feels it best reflects how the initiative works.

“If we touch it, we’re inspecting it,” he says. That means officers aren’t in the business of quick driver/vehicle screenings for violations that result in no inspection being logged in the system. Carriers “need good inspections, too,” he says, so his team makes every effort to finish what they’ve started.

However, two-plus years into CSA, such considerations are not the norm for all truck enforcement departments. In Kentucky, officers have received no formal training on the program to speak of, though most are at least aware of it, says public affairs officer Dewayne Koch. So-called “prescreen inspections” – partial inspections unfinished when no violations are found – are a common occurrence at the Franklin County scale, says Sgt. Kelly Anderson. If an officer sees a hot tire with the station’s infrared camera, he’ll pull the driver in to “verify it, and if they don’t see any safety violations, they’ll kick the driver loose,” Koch says. 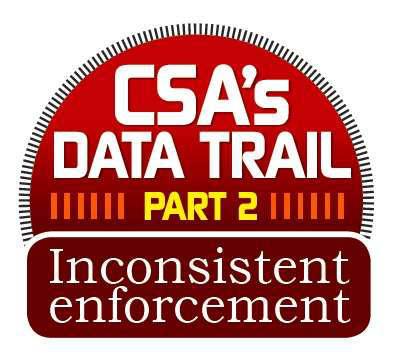 Inspection patterns around the nation and inequities in enforcement are the subjects of our March installments in this months-long series. For patterns by state, see the “CSA’s heat index” feature published March 25. Visit our data site for interactive maps with inspection activity by state, violation prevalence and more.

Often, “the driver is more than willing to just go,” says Kentucky road officer Brandon Ford, who works the scale about once a week. However, if a carrier has enough inspections to register a score in any of the CSA BASICs (Behavioral Analysis and Safety Improvement Categories), this could be a mistake. The best way to reduce scores quickly is by receiving clean inspections; in states that prescreen drivers and trucks in this manner, if a driver doesn’t leave with paperwork, no clean inspection has been logged.

Some operators say it’s better to receive a citation or ticket for any violations, given you can fight them in court and gain leverage for a challenge via the Federal Motor Carrier Safety Administration’s DataQs system to that violation’s inclusion in CSA’s Safety Measurement System. In the early days of CSA, some states commonly removed the violations associated with such adjudicated citations from carriers’ CSA profiles and thus consideration in SMS scoring. Both Dofflemyer and Anderson say carriers might be wasting their time with such tactics under present practices.

At issue is jurisdiction: “Maryland tickets are misdemeanors,” Dofflemyer says – in other words, part of a criminal process. “The violations associated with an inspection are regulatory issues.”

Dofflemyer likens carriers’ thoughts on dismissed citations to the average citizen “getting pulled over on the side of the road and getting a ticket. A lot of times, they’ll then want to make a complaint against the trooper who wrote it. Their tack: “If you drop the ticket, we’ll drop the complaint,” he says. “We don’t play that.”

Legal action by the Owner-Operator Independent Drivers Association asking FMCSA to remove violations adjudicated by a court of law from CSA’s SMS was still in process at press time.

FMCSA Associate Administrator Bill Quade said in February, “We’re about six months from coming out with some guidance on” how states ultimately should treat the issue.

The DataQs guide to the states, said FMCSA rep Bryan Price, speaking at a CSA Update session at the Mid-America Trucking Show last week, stresses that state officials should approach adjudicated citations with open minds and in cases where a violation was clearly in error, remove the violation from operators’/carriers’ records. In cases where the violation was thrown out because “the officer didn’t show up” or other administrative reason, Price added, states ultimately have discretion on whether to remove it or not. If Dofflemyer and Anderson are correct, many are not removing them.