A match made in MATS: Couple gets married at truck show 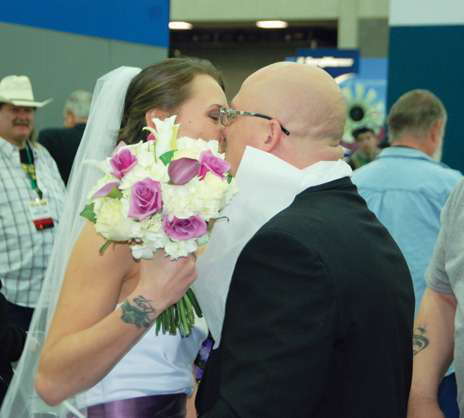 Shannon Mann and Kevin Young got married at the Mid-America Trucking Show at the Pana Pacific booth.

With tears in her eyes, Shannon Mann said her ‘I dos’ to her husband, Kevin Young, in front of her friends, family and thousands of people on the radio. 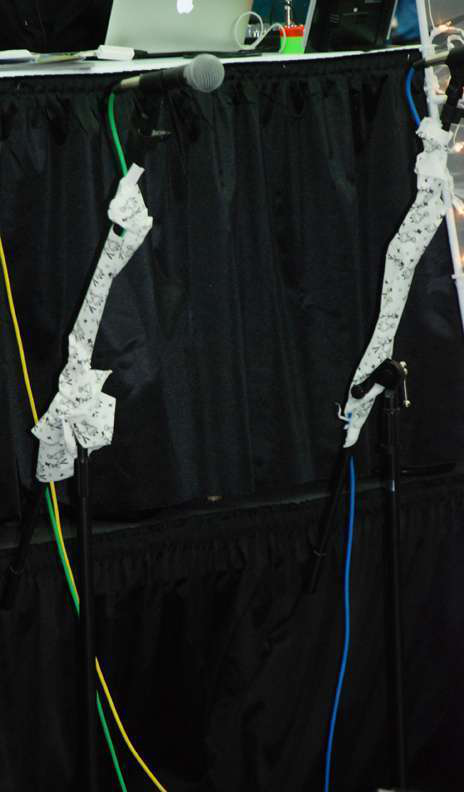 At the wedding, the Sirius XM radio microphones were covered in white lace.

In a sea of jeans, t-shirts and name badges, Mann, dressed in white, walked down the aisle, at the Mid-America Trucking Show. Her feet passed by white petals on carpet as she and her now-husband, walked up to the Sirius XM microphones at the Pana Pacific booths to take their vows. (The microphones were wrapped in white lace.)

When asked how Young was feeling about the whole wedding ceremony, Young said, “Well, I’m a little bit nervous, but my wife is a lot more nervous.”

OTR hauler Young and Mann stood under an archway with white lights and professed their love, as Meredith Ochs and Chris T. of the Freewheelin’ show on Sirius XM Road Dog Trucking Radio officiated. Their wedding was aired live, and the couple said their vows into the Sirius XM microphones. 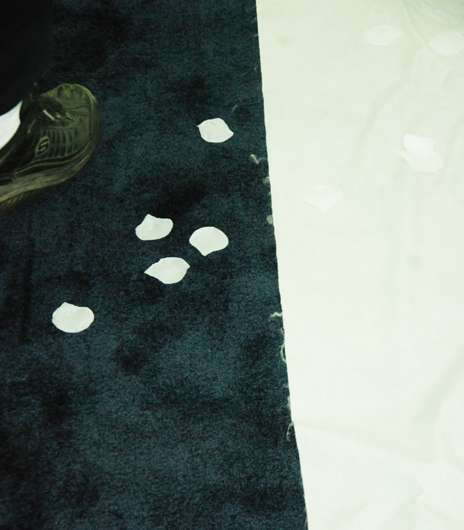 White petals covered the aisle where the couple walked to get married.

Ochs talked about the hard road truckers have maintaining their marriages and lauded Young and Mann for coming down the aisle.

The couple calls themselves the “Cornholios”, and several people in the audience had toilet paper to throw after the ceremony was over. At one point, Young was wearing toilet paper around his neck. 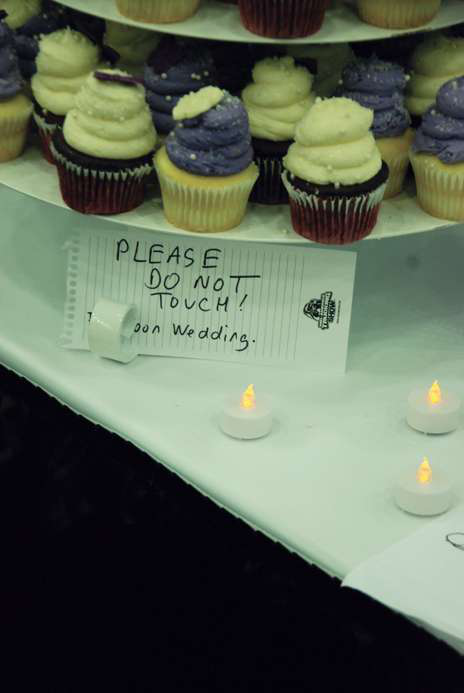 Cupcakes were served after the wedding.

After the ceremony was over, toilet paper went into the air. The couple posed for some photographs and the attendees got some white and purple cupcakes.

Here’s a quick video of the couple saying their vows. 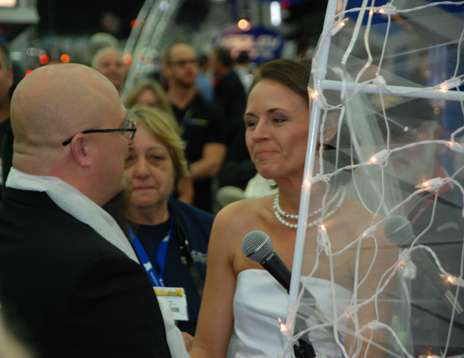 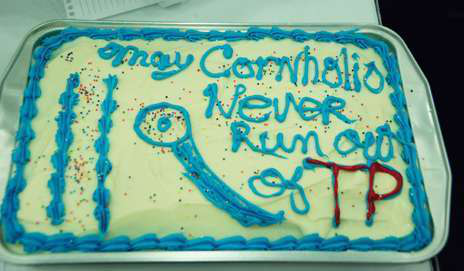 Shannon Mann and Kevin Young’s wedding cake. Toilet paper was a theme at the wedding from the cake to people with rolls of toilet paper. 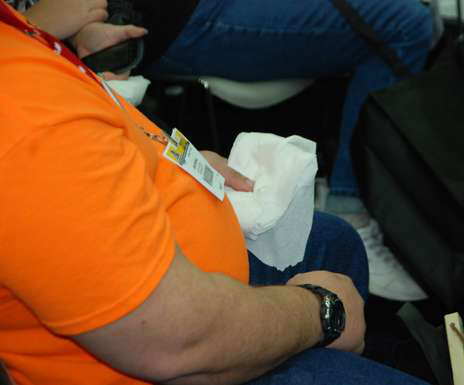 Wedding attendees had rolls of toilet paper to throw at the newly wedded couple.
Get the business tips, industry insights and trending news every owner-operator needs to know in the Overdrive newsletter.
Sign Up
Read Next