I have a confession to make. I was once a hesitant merger. Instead of going with and adjusting my speed to the flow of traffic as I shot out on to the highway, I would sometimes slam on brakes, often causing innocent people behind and beside me to curse uncontrollably and wish me dead. I apologize profusely to these people, and want them to know I’m completely reformed and would never do such a stupid thing again. Amen, and pass the peas.

Merging seems to be the one thing most four-wheelers never master. When someone in a car sees they might have to merge onto the highway behind a big truck (gasp, scream and wallow on the ground), they become insanely intent upon getting in front of the truck, so much so they break all speeding laws associated with merging and safety and will ride the emergency lane to barely squeeze out in the lane, in front of the truck. Then they do that cute thing where they slam on brakes like their feet weigh 10,000 pounds. (If you do this, screw you. Everyone on the road hates you and you’re probably one of those vile people who eats their own scabs in traffic. One day, someone is going to drag you out of your car and strangle you, and you’ll deserve it.)

People also seem to have a hard time with the merging at road construction sites. They act like they’re going to get a prize if they’re the very last car to slip through before the lane actually closes, like the merging everyone’s been warned of for 60 miles doesn’t really pertain to them. It’s like they think they’re the only ones who considered doing this, so it can’t possibly cause a bottleneck and completely destroy the flow of traffic for miles and miles. (If you do this, screw you. I hope you starve to death one day with your left turn signal flashing, waiting to get into the flowing lane of traffic.)

Anyone who drives professionally for more than a minute and hasn’t had an intense urge to just drive right over the idiot in a Smart Car, who cuts in front of you in traffic and slams on brakes, without looking back for a smoking grease spot in the road is a saint. The more truckers I meet, the more I realize the good ones really are patient people. They realize they’re the professionals of the road, they expect the non-driving idiots in four wheelers to do stupid things. Their intuition, experience and patience make them good drivers and they have my respect and gratitude for making the roads a safer place for me and mine.

Thank a trucker today, just don’t try to do it while merging. 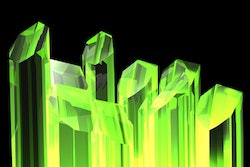 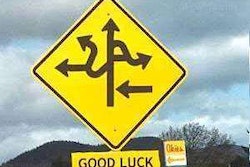 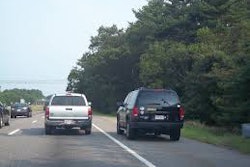