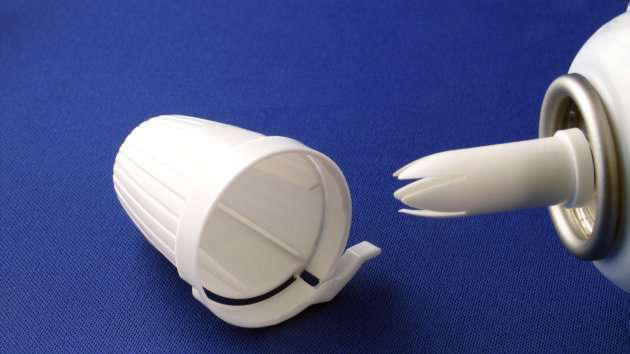 Warning: Inhalation of the product could cause respiratory distress.

It has recently come to my attention that the children of today are delicate creatures made of silk and balsa wood. I came to this conclusion while watching a young mother prepare her child for a bike ride in the local park. After she secured his specially handcrafted mouthpiece, she fixed a seven-hundred dollar Kevlar helmet to his little head and placed prescription protective eye wear over that. She then proceeded to help him into his shin guards, knee and elbow pads and fingerless riding gloves. This ensemble was completed with tiny padded bike shorts that made the kid look as if he had a zucchini in his pants. By the time he was geared up, it was dark and he never actually got to ride the bike, but his safety was well appointed, and his mother had achieved the gold standard in vital organ protection.

Apparently the species has taken a turn for the worse since I was a child. Human beings are no longer able to withstand the effects of such horrors as sunlight, tap water and canned meat products. I have it on good authority that it will soon be illegal to leave your home without the benefit of rigid skull protection and violators will be harshly fined and forced to watch many consecutive hours of The O’Reilly Factor. It has also been rumored that arch support will be mandated and all outdoor activities will be strictly limited to those that can be performed while completely encased in highly reflective material.

Growing up, I distinctly remember being hauled around in the hatchback of a 1970 AMC Gremlin. My mother and her sister would load me and my two cousins into the carbon monoxide-filled death chamber, give us opened tin cans of Vienna Sausages and Kool-Aid-filled sippy cups, slam the hatch and careen around downtown Atlanta in rush hour traffic at approximately the speed of light. We happily bumped along, sticking our little fingers deep into the sharp-edged cans and stuffing our faces with greasy, meaty nitrates while drinking the equivalent of a pound of sugar diluted in tap water and red dye number two. No one minded being left alone in the car for hours at a time, no one ever questioned the quality of care we were getting, no one wore a seatbelt and no one even considered wearing a helmet while roller skating.

When I was six, I took the entire end of my big toe off while riding a Big Wheel without wearing shoes. My Mom washed it, put Mercurochrome and a Band-aid on it, and sent me back outside, with shoes on, to ride my Big Wheel some more. If the same thing had happened today, I’d have been rushed to the emergency room and my Mom would have been investigated by CPS and put on probation. Instead, I learned a valuable lesson. To this day, I’ve never ridden a Big Wheel without wearing shoes again.

The human race has become a fat, gelatinous blob cowering behind attorneys who are paid to enforce ridiculous warning labels that are now attached to any and all purchasable goods. I recently bought a can of whipped cream that had a caution attached to it stating that “inhalation of the product could cause respiratory distress.” My theory is if you’re stupid enough to stick a can of whipped cream up your nose and inhale it, then you deserve to die foaming at the mouth with a whipped cream can hanging from your face.

Natural selection has come to a virtual standstill and communities are now littered with families full of wandering idiots who adhere strictly to printed label law. Here’s an idea: use a little common sense, and try to pass some of it on to your progeny. And remember, insect spray is generally poisonous to humans, fire is hot, and ingesting gasoline is a bad idea. I know, and you’re welcome.