Well, almost. According to the song, I’m missing a few, but I’ve been a lot of places in the past year. Watching the Travel Channel is a hoot now, we’ve been past at least 80% of the places they mention on shows about travel in the United States. I’ve seen the periphery of some really cool places, because that’s what you do most of the time when you’re traveling in a big truck. You pass all kinds of stuff people make a travel destination, and you say, “I’ve seen it”, and you keep on rolling.

I’m always looking for things I’ve seen in movies or on television. We rode through San Francisco on a semi-clear day and I was able to see the Golden Gate Bridge and Alcatraz. It’s really cool to see things you’ve only seen in movies in real life.

When we got out into Northern Texas, New Mexico, Arizona and Wyoming, things started kind of looking the same. Desert, mountain, butte, desert, mountain, pasture, butte. After about a week, I had no idea where we were from day to day, but I totally expected to see the Roadrunner zip out from behind a rock, with Wyle E. Coyote hot on his tail. They nailed the New Mexico desert in that cartoon, Chuck Jones had definitely been there before he drew it.

“What scares me is I know exactly what you’re talking about, and no, that’s not Devil’s Tower.”

“I think you’re wrong. It looks just like the mountain in E.T.”

“Babe, it was Close Encounters and we’re in New Mexico. Devil’s Tower is in Wyoming.”

“I’m gonna take a picture of it anyway, in case you’re wrong. Where’s the mountain they flew the kid and the little alien off of on a bicycle?”

“Inside a studio on the Warner Brothers lot.”

“Yeah, right, you just don’t know and don’t want to admit it.”

I’m pretty sure every cowboy movie ever made was filmed in Wyoming. As soon as we entered the state, I was insanely compelled to put my cowboy boots on and kick dirt every time I got out of the truck. Wyoming is a vast, dusty, unforgiving and strangely beautiful place.

“You could totally herd cats out here.”

“I’ll bet this is where they filmed the cat herding commercial. It looks just like it. I’ll bet there are still cats roaming around here who got away when they made the commercial.”

“Don’t tell me they didn’t really herd cats, this is where they did it, it looks just like the commercial. Look, there’s a sign. I’ll bet it says, ‘Site of cat herding commercial, beware feral cats.’”

“Well, how would you know? You just zipped by the sign so fast, I couldn’t read it.”

“Really? Are you sure your dashboard isn’t CGI’ed? It could be imaginary, like cat herding. This could all be one big commercial. We’re an advertisement for canned alien food, broadcast to the entire universe. We’re huge on Uranus.”

“I’m not going to respond to that.”

“How could you? It’s one of the most brilliant things I’ve ever said. I need to write it down.” 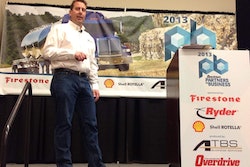