FMCSA activity in the area of safety audits of all types is on the rise, said Tejas Safety Advantage’s Leon Feazell in his “How to prepare for a safety audit” Smart Session at the Great American Trucking Show Aug. 23. Feazell presented data showing a marked rise in the total number of enforcement cases as well as penalties collected beginning in 2009. In 2007, for instance, the total number of cases stood at just above 5,000, rising to 7,000-plus in 2011, the last year for which he could locate complete data. Find more data on various carrier reviews and interventions via the “Crashes and interventions” reporting from May 2013 as part of our CSA’s Data Trail series.

The consequences of violations discovered during an audit can be dire — Feazell gave the example of a four-truck fleet hit with penalties of a grand total of $23,830, with just 5-7 violations located. Knowing what to expect during an audit can help prepare you to come through clean, though there’s no substitute for knowing the regulations and following the law to stay out of auditors’ eyes.

Why an audit occurs
**A complaint comes in from the public or from an employee. “Oftentimes,” said Feazell, “that’s the reason they’re there.”

**A serious accident involving a fatality or multiple serious injuries. Texas, for instance, “has a standing policy that if a major accident occurs, the company will be audited sooner or later — it may be two years later, but they will audit you.”

**CSA BASIC rankings. “If you have one or more BASICs in a high range, they can come in and do the audit,” Feazell said. Audits have become more and more focused, too, down to patterns of single violations, irrespective of BASIC scores. Feazell gave the recent example of a company with 200 drivers notified it would be audited solely for a pattern of speeding violations. “The company did not have policies and procedures in place to prevent speeding,” Feazell said, “and they hammered them on it.”

Drivers, then, are selected for examination depending on roadside inspection and accident data. “Auditors will want all drivers’ Social Security numbers and driver’s license information,” Feazell said. “They’ll run them through [the Commercial Driver’s License Information System] to find revoked licenses and cancellations.”

Audit process
“A couple weeks ago,” said Feazell, “I received a call from a company [saying] we’re in the process of being audited.” The 400-driver fleet officer had received a letter ordering him to produce “all 400 drivers’ logs for the last six months, to produce all dispatch records, all routings, and on and on.” He knew he couldn’t possibly comply in the 48 hours provided. At that point, Feazell said, “there’s little you can do but comply with what they’re asking for.”

Auditors have “a lot of power,” said Feazell. “Some are very nice, but some feel like they have an ax to grind, so be careful with them.”

**Agree on selective time. Auditors are willing, generally, Feazell said, “to negotiate with you on the timing. If they feel like you’re trying to evade them, however, they’ll put the squeeze on you.”

**Designate someone responsible for responding to inquiries and for providing information. The highest safety official in the company should be designated for this. And that well may be you, of course, if you’re an owner-operator.

**Manage the investigator’s time. Be prepared. “If you’re prepared, you’ll sleep a lot easier.”
**Inform employees of the audit and limit access to employees. While your company facilities may be small and may not accommodate limitations, remember that auditors are trained “investigators,” Feazell said. “They talk to people and ask questions. That’s their nature.” Feazell gave an example of a small fleet terminal where a driver comes in and is complaining about something that happened out on the road in the presence of an investigator. “The investigator may want to ask the driver questions about the work environment,” he said.
**Ensure a professional business atmosphere.
**Check auditor’s credentials. The instance of fraudulent claim letters sent to carriers phishing for payment from impersonators of federal DOT auditors has risen recently, Feazell said. “Most will show you their credentials, no problem. If they’re not wiling to do that make sure they’re clarifying their credentials.”
**Respond to questions asked, but don’t feel the need to provide information not requested. Auditors may “ask you questions about your drug and alcohol program,” Feazell said. “Don’t feel like you need to blurt out that you had a recent positive unless asked,” for instance. “I ran into a company in Houston — on the safety director’s door was a big piece of glass, and he had scotch-taped a list of drivers there whose logs were missing, some for over 45 days.”
**Don’t disclose violations that don’t need to be disclosed, particularly if it’s a focused investigation or investigators may not discover all violations, which happens frequently.
**Copy or make notes of the records you provide to the investigator. “Your attorney will need the copies if he’s going to have to defend you later,” Feazell said. Records that could be requested include operational records like lease agreements, bills of lading, hours records, and etc. Have a system in place for storing them in an accessible, central place, well organized.

During the close-out process after the audit is complete, auditors will want to make sure that you understand and agree with any violations that have been found. Avoid agreeing to anything you are uncomfortable with, and “take good notes,” says Feazell. “Schedule appropriate times for the closeout…. You’ll need to set aside at least an hour, minimum. If the auditor feels he’s being slighted, he’ll put that in his report.”

Use caution, and seek counsel, if available, before signing any statement. A final agreement that you sign “can cost you a lot of money,” Feazell said. “Make sure counsel knows this is occurring, as that’s the time he can be the most effective for you.”

After the auditor leaves the office, you’ll get a letter notifying you of results — “If there are any requirements” placed on the business for continued operation, “make sure you do them,” Feazell said. “They’ll tell you to correct any deficiencies within 15 days… And anything you put in writing and send to FMCSA, know that those documents come under the Freedom of Information Act.” If for instance you’re involved in a crash in future, “plaintiff’s attorneys will go after that kind of information.” 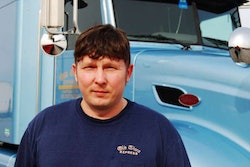 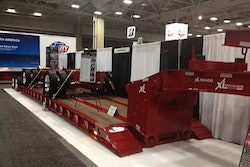 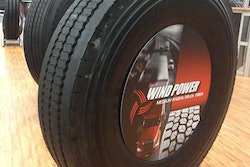 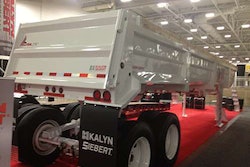