The national average price for a gallon of on-highway diesel dropped another penny in the week ended Nov. 18, according to the Department of Energy’s Energy Information Administration, to $3.822 — the lowest since July 1, 2013.

Moreover, the price of diesel hasn’t seen a week-to-week increase since the week ended Sept. 2, falling 15.2 cents in that time.

ProMiles’ Fuel Surcharge Index, which gathers at-pump prices from thousands of truck stops nationwide, also reported a one-penny drop in the week. However, its national average price is a little lower than the EIA’s — $3.765 a gallon.

All regions nationally saw a price decrease, too, according to the EIA, except for the Rocky Mountain region, which saw no change.

California led the regional declines with a 3.3-cent drop. The California region still has the country’s most expensive diesel, $4.022 a gallon, according to EIA, and is the only region with an average price above $4.

The Gulf Coast region still has the nation’s cheapest, $3.745 a gallon. All regional prices are also well below their average prices from the same week in 2012. 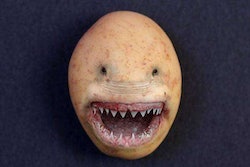