The Overdrive staff was happy to see a variety of nominees for this pet contest. Today we honor the eighth-place winners — a cat, a soft-coated Wheaten Terrier and a capuchin.

“Floyd is personality times a thousand. He loves everyone. We trained to be a Therapy Dog to visit ill children in the hospital and the elderly. We passed all but one area. He loves people and other dogs so much he was unable to put all of his attention on me 100% of the time. We practiced and practiced and practiced. He just could not keep his eyes glued to me. He wanted to, he just couldn’t. When we are home alone and we hear a noise, Floyd is the first one to the corner in the hallway to peek around the wall to see if someone is coming through the door. Doesn’t go to the door, peeks first! Then two years ago he became very ill. I dropped him off at the vet each morning when they opened and they treated him with a “pik-line” full of medication until I arrived each evening. For several days in a row, I was told if one thing or another didn’t improve I would be faced with a decision. We started praying. Yes, Floyd too. He was having trouble eating, but before he would eat anything, he wouldn’t touch it until his mealtime prayers were said. The same at bedtime. Now 2 years later, he still will not touch his food or go to bed until the correct prayer, his prayer is said. Floyd isn’t a regular dog. He’s the best dog ever! We have 5 children and 4 grandchildren. Floyd’s pictures are all over my office.  My kids think it’s pretty funny that he’s my favorite.”

“One of the smartest cats I’ve been around. Figured out how to use the mouse before I did. ;)”

“Layla comes to the office every day. She attends all truck shows we go to, and truckers just love her. She is a great pet and everybody in the office refers to her as the BOSS.” 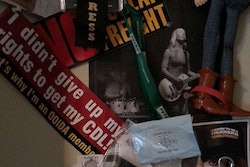 Didn’t we just do this? 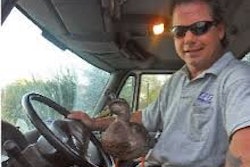 Ninth-place winners: A rat terrier, a tabby and a mallard duck 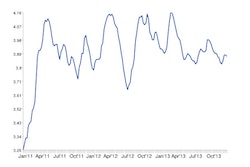 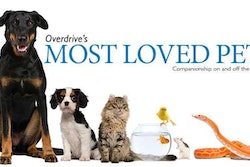