Matt Hopkins, an owner-operator based in Dillon, Mont., has always tried to live life with a side of adrenaline. From racing in motocross and skateboarding as a kid to participating in rodeos as he got older, he has always had a passion for the extreme.

Hopkins is channeling that passion to climb Mount Aconcagua in Argentina, the tallest peak in the Americas, to benefit Truckers Against Trafficking (TAT), an organization dedicating to educating and informing those in the trucking industry about human trafficking. Hopkins hopes to raise $22,837 for TAT via the CrowdRise platform. TAT seeks to engage those in the trucking industry on the trafficking issue because truckers serve as “the eyes and ears of our nation’s highways,” according to their website.

Hopkins, 27, heard about the organization in a segment on Road Dog Trucking Radio on Sirius XM. He knew that he wanted to climb a tall peak, but he wanted a cause to fuel the climb. TAT caught his attention, and he soon contacted the organization about partnering for a fund-raiser.

If you are taken in to human trafficking, “no one is giving you a choice,” Hopkins says. “Nothing can prevent that other than people helping people. They have no choice. If anyone needs help it’s these people.”

Hopkins said TAT felt “super enthusiastic” about the partnership. He and the other members of his four-man climb team depart for Argentina Monday, Jan. 27. They will begin the climb on Feb. 2 and hope to return just before Feb. 22.

Hopkins will take a break from hauling cattle in his 1999 Peterbilt 379 for the adventure. He’s been an owner-operator for five years but initially became interested in trucking because his father was a truck driver. However, he did not want to enter an unhealthy lifestyle, which he saw plague his father and other drivers.

“That’s what you see with a lot of truck drivers. I did not want to be that – pumping red bull and partying like a rockstar,” he says. So Hopkins began hiking. “I’ve always been a very doubtful person. I would try something and never thought it would come of anything.” Despite doubts, Hopkins moved from hiking to bouldering and, eventually, rock climbing.

Hopkins has prepared for the climb by running and doing yoga. His biggest concern for the climb is not being able to breathe at higher altitudes. He says this is why acclimatizing, or becoming used to, new altitudes is important. He also stressed the importance of safety and using common sense on the trek.

Hopkins hopes the campaign, which has currently raised $835, will raise more money for TAT. He also hopes to raise awareness about TAT and human trafficking in general through the campaign.

“I want it to be more about me trying to raise awareness than about me,” he says. “I hope to do this again and go bigger.”

You can donate to/find more out about Hopkins’ campaign via CrowdRise. To learn more about TAT, visit their website. 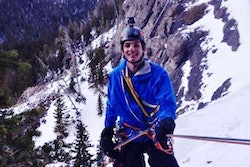 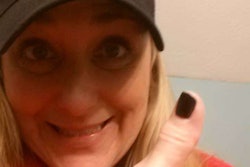