National Guard troops in both states have been dispatched, and authorities in both Atlanta and Birmingham are asking cars and trucks to stay off the roads.

Below are a few photos of the weather gathered from Twitter and from local news sources. If you’re there or if anyone has sent you pictures of their experience, let us see them — Click here to upload them.

Click here read see a list of road closures from WSB in Atlanta, which include chunks of the city’s major interstates.

Click here to see a list of road closures from WVTM in Birmingham, which include a nearly 30-mile stretch of I-65.

I-65 South at Oxmoor Road at 7:50 AM. Zero movement. pic.twitter.com/I5wzihUAUc

Here's what it looks like where my wife has been stuck on I-20 since yesterday afternoon @spann pic.twitter.com/bVtmJ9uUaQ 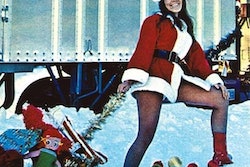