Grammy award-winning country star Gretchen Wilson will play a live show at the Mid-America Trucking Show next month, and country singer Chris Hennessee will open for her. The concert is sponsored by Mobil-Delvac and will take place Friday, March 28, at the Kentucky Fair and Exposition Center in Louisville, Ky.

The concert is free to show attendees, and tickets will be handed out on a first-come, first-served basis at the Mobil Delvac booth in the North Wing during show hours.

Wilson has scored several top 10 hits in her career, including “Redneck Woman”, “Here for the Party”, and “Homewrecker”.

In addition to winning a Grammy for Best Female country Vocal Performance in 2005, she won an ACM award for Top New Artist in 2004 and a CMA award for Female Vocalist of the Year in 2005.

“This is a great way for all of us who are part of the team behind Mobil Delvac to show our gratitude to the hardworking men and women that live their lives on the road. We look forward to enjoying the performances with our friends in the trucking industry,” said Marci Crigger, commercial vehicle lubricants marketing advisor for ExxonMobil.

Hennessee, an up and coming country singer in Nashville, will play songs like “Georgiana”, “Better Days” and “Red Dress”. 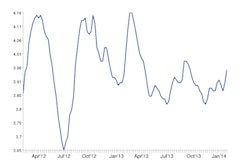