Finding a solution to stabilizing the U.S.’ Highway Trust Fund is not only critical to saving jobs but actually saves the country money in the long term, said U.S. Secretary of Transportation Anthony Foxx speaking at the 2014 American Association of State Highway and Transportation Officials Washington Briefing in D.C. Feb. 27.

In his first address since standing beside President Barack Obama Wednesday, Feb. 26, as the president offered up a four-year, $302 billion highway funding plan, Foxx told the several hundred members at the event to call their members of Congress and let them know the realities their states and localities will face if the Highway Trust Fund dries up.

“We need your help in describing in very real terms what this issue means to members of Congress,” Foxx said. “What projects aren’t going to get done? How much will those projects cost if they’re delayed a year or two? How many jobs are at stake? What opportunities are we missing? So this issue isn’t an abstraction and something easy to dismiss, but something very real to the folks at home.”

Foxx said that 700,000 jobs in the U.S. would be in jeopardy if Congress does not act to stabilize the Highway Trust Fund within the next several months, as it’s projected to see a shortfall by late August, per the DOT.

However, in addition to preventing the job losses, Foxx said tackling projects now saves money later. “When we stop investing in our future, when we don’t get these projects done that are out there on the books ready to go around the country, we actually end up spending more money,” he said. “Because when we eventually get back to those projects with inflation and other elements involved those projects become more expensive.”

The most prudent path, Foxx said, is to shore up funding for the HTF, then work to bolster the fund as a mechanism for bettering th country’s infrastructure, creating jobs, improving flow of goods and making commutes more efficient.

“We should put it on a course where there’s more investment in infrastructure,” he said. “So that America can restore and renew its place as the preeminent transportation system in the world.”

Global competitors like China, Foxx said, spend nearly twice as much relative to their GDP as the U.S. does on infrastructure, and if that continues to be the case, the U.S. will fall behind those competitors, he said.

“Because of visionary leadership going back generations, we still have the safest, most reliable, most efficient transportation system in the world,” Foxx said. “It’s an advantage we can’t take for granted. That’s the message we need to deliver to our Congress.” 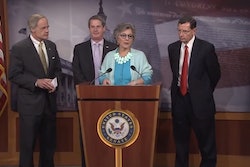 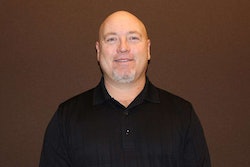