Defendants were indicted on multiple counts of offering a false instrument for filing in the first degree and false statements, alterations or records or substitution in connection with an examination, according to the Manhattan District Attorney’s office April 2.

Between April and August 2013, defendants paid as much as $4,000 to receive test answers. Test takers would take exam materials from the department of motor vehicle testing area, leave the building and hand the tests to conspirators who filled in the answers. The registered test takers would then return to the DMV and submitted the exams for grading, according to documents filed with the state supreme court.

Further information was not immediately available.

This month’s indictments are a result of New York’s investigation into CDL test fraud, which resulted in 19 indictments last September, when eight ringleaders, eight test takers and three security guards were charged. 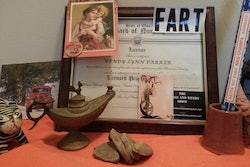