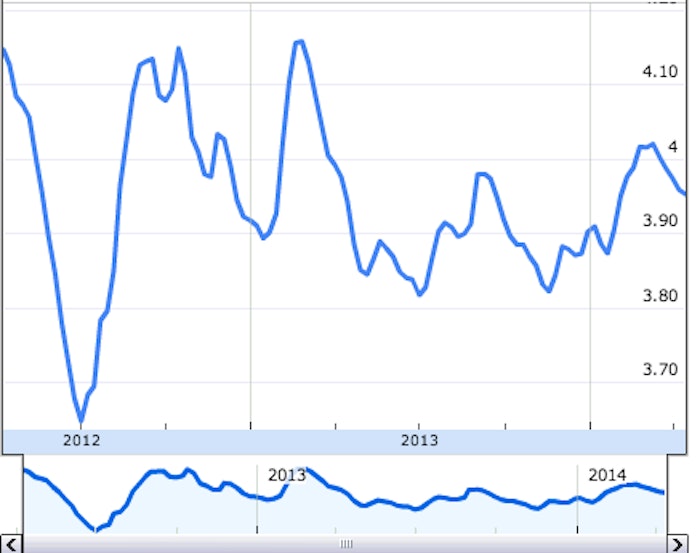 The national average price for a gallon of on-highway diesel fell again in the week ended April 14, but its descent slowed some, dropping just seven-tenths of a cent to $3.952, according to the Department of Energy’s Energy Information Administration.

This is the fifth consecutive week the price of diesel has dropped, dating to the week ended March 17. The price has fallen 6.9 cents in that span.

The price of diesel was up 1 cent than the same week last year, however.

New England led all price decreases with a 2-cent drop, followed by the Rocky Mountain’s 1.3-cent drop and the Central Atlantic’s 1.2-cent drop.