The average price of diesel should fall more than dime over the course of the summer, according to projections released this week by the Department of Energy, who expects diesel to average $3.87 a gallon this summer.

The forecast was made in the DOE’s Energy Information Administration’s monthly Short Term Energy Outlook.

The EIA pegged the national average price of diesel in the most recent week at $3.959, so a $3.87 average would likely mean a steadily decline during the next six months.

The summer’s projected average, however, comes with a caveat from EIA: There are large regional disparities in the price of diesel, with some regions posting averages 30 cents or more higher than the national average.

So regions where diesel is usually much higher than the national average — California and New England, for instance — may not see the same relief other regions do.

Also in the Short Term Energy Outlook, EIA still forecasts diesel prices to continue their descent next year, projecting an average price of $3.76. 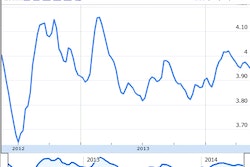 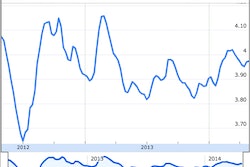 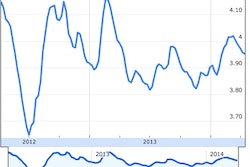 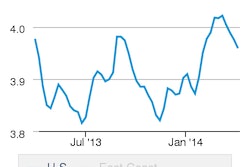