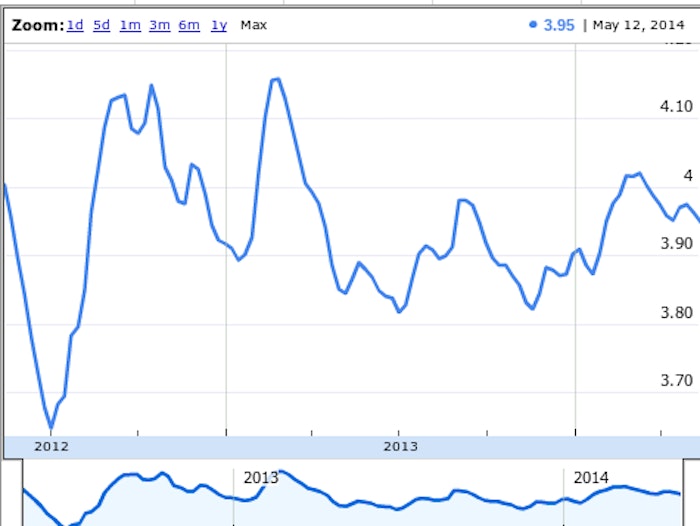 The national average price for a gallon of on-highway diesel fell again in the week ended May 12, dropping 1.6 cents to $3.948, according to the Department of Energy’s Energy Information Administration.

This is the second week in a row the price has fallen, following two weeks of price jumps. The decreases could be the beginning of the DOE-predicted summer decline, when the national average price is expected to slide to a $3.87 summer average.

The New England region once again has the country’s most expensive diesel, $4.181 a gallon, followed by the Central Atlantic’s $4.156 and California’s $4.126.