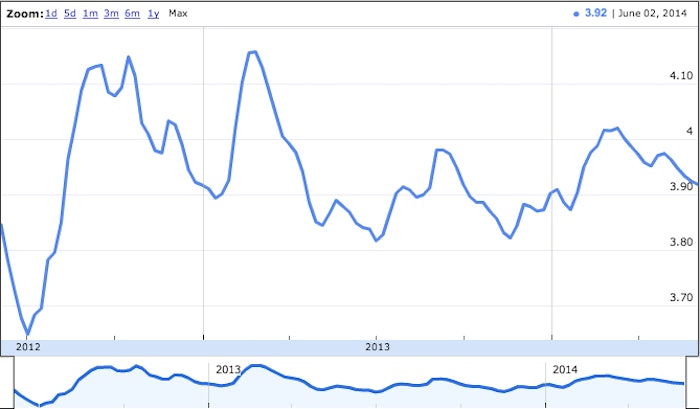 The national average price for a gallon of on-highway diesel dropped again in the week ended June 2, though only slightly, falling seven-tenths of a cent to $3.918, according to the Department of Energy’s Energy Information Administration.

That’s the lowest average price since the week ended Jan. 27 and the fifth straight week the price has dropped.

The DOE predicted in April that the national average price would be $3.87 this summer, so the drops could be part of that decline.

Year over year, however, the price of diesel is up 4.9 cents from the same week a year ago.

Prices fall week to week in all regions nationally, except the Gulf Coast, which was unchanged.

The Central Atlantic region led all price drops with a 1.1-cent decline, followed by the Midwest’s 1-cent drop and the East Coast’s nine-tenths of a cent drop.