Part 1 of this multipart feature revealed some results of Overdrive‘s 2014 CSA survey — owner-operators ranked score reliability as the biggest problem going, 70 percent calling for the scores to be withheld from public view.

CSA was intended as an improvement to FMCSA’s rating system, which previously utilized with the Safestat prioritization program primarily out-of-service violations uncovered during onsite company investigations in determining a carrier’s rating. Given the agency’s small staff relative to the size of the motor carrier population, the overall system was limited in the number of carriers it could rate, as well as the currency of those ratings.

Today, while the old rating system remains the official rating element of FMCSA’s enforcement program, using ratings of Satisfactory, Conditional and Unsatisfactory. The CSA SMS runs alongside it, giving a more real-time window into inspections, violations and crashes.

However, the disconnect between results produced by each system is marked. In some quarters, eliminating that disconnect is seen as at least a partial solution to public confusion over what the scores mean. It’s a key component of why critics feel use of the scores in business decisions is so onerous.

The disconnect is likely to remain until a Safety Fitness Determination rulemaking is proposed and completed, which will take years. Slated for proposal as early as September — most recent estimates, however, have revised that timetable to December — the SFD would use roadside inspection violation and crash data to rate carriers with enough data in the system; the grading would not be on a curve and would replace the current Satisfactory, Conditional and Unsatisfactory rating model.

This would give entities such as brokers, shippers and insurance companies a more hard-and-fast indication of a carrier’s safety performance. Given reliability problems at the small-carrier level, however, respondents to Overdrive’s CSA Survey showed only a 20 percent approval for the notion of using inspections and crashes toward establishing the SFD.

In the brokerage realm, ambulance-chasing attorneys are promoting ways to get courts to rule a broker as negligent if the broker contracts with a carrier with a bad CSA score and the carrier later gets in an accident. Using the CSA SMS has thus become due diligence for some, but Tucker Company Worldwide General Counsel Darin Day hammers on the difficulties some brokers and shippers have with the system, particularly given the safety rating/SMS disconnect.

“The closest thing to it is over on the military side where you spend 10 years and however much money, and the plane doesn’t fly.”
–Transportation attorney Henry Seaton on CSA

Day came into the second full day of the April 29-30 CSA Subcommittee meeting with a long list of carriers with four or more BASICs at alert status. Such carriers in many cases would fall clearly into FMCSA’s “High Risk Carrier” category, prompting an automatic intervention/review. All of the carriers in his list, however, were rated Satisfactory under the old system. Or those could be compared to a list of Conditional-rated carriers with just one BASIC showing an alert.

FMCSA’s Quade explains that, minus the SFD rulemaking, the agency’s stuck with the SMS/rating disconnect. Putting expiration time limits on carrier safety ratings in the old system, which also has been discussed, likely would require more time-consuming rulemaking, he says. And the current rating system is so far entrenched in the trucking business that doing such would have unintended consequences of its own – expiring Satisfactory ratings would be missed by those carriers.

Legislation introduced in the House of Representatives in May and supported by the Transportation Intermediaries Association of freight middlemen aims to cut down on negligent-selection lawsuits by establishing a motor-carrier “hiring standard” that specifically excludes the CSA BASICs. The legislation stops well short of calling for removal of the SMS scores from public view, however.

Such public use of the data beyond law enforcement intentions, and FMCSA’s encouragement of it, is the subject of long-ongoing litigation brought by the Alliance for Safe, Efficient and Competitive Truck Transportation, a group of representatives from motor carriers, shippers and brokers, among others.

FMCSA continues to be unmoved by CSA-use realities, given its investment in the program. Yet many in the industry would agree with transportation attorney Henry Seaton’s assessment of CSA as beset by criticism and hobbled by problems: “The closest thing to it is over on the military side where you spend 10 years and however much money, and the plane doesn’t fly.”

Crash weighting remains a top concern
FMCSA’s long-awaited crash weighting study could be delivered as early as this month, says Bill Quade, the agency’s associate administrator for enforcement. The study will address whether FMCSA will be able to account for any measure of crash fault in carrier CSA SMS results. CSA’s failure to do so has been criticized from the beginning, because carrier scores in the Crash Indicator suffer whenever a truck is in a wreck, even when the truck driver had no fault. Though only 16 percent of respondents to Overdrive’s 2014 CSA Survey indicated involvement in a crash over the last two years, the issue of the lack of fault accounting is No. 4 on the list of CSA problems. Survey respondents to the question below were instructed to default to the most serious crash if more than one crash had occurred. 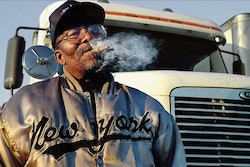