Part 1 of this feature showed the growing prevalence of dual road- and driver-facing camera systems among fleets.

Encroachments on the measure of freedom traditionally offered by the business of truck driving are chief among some drivers’ objections to systems such as those offered by Lytx’s DriveCam and the SmartDrive service.

Prime Safety Director Steve Field says acceptance of the systems is contingent primarily on how well the fleet “explains the use of the cameras.”

Lytx representative Del Lisk notes that fleets that have success making the tool an effective one for collaborative ongoing driving education will work with Lytx to “honor our bargain” with drivers “to be minimally invasive,” given the cameras’ activation only during triggered events.

Says Melton Truck Lines’ Angie Buchanan, “The drivers need to know that these cameras can’t be triggered from the [fleet] headquarters. I can’t trigger it from an outside-looking-in perspective.”

But it’s also true that behaviors captured incidentally when the cameras are triggered by a safety-related event come under the microscope at some fleets. Such clips might show a driver smoking while driving a company truck for a fleet with a no-smoking policy, such as that in place in the United Natural Foods Inc. fleet. UNFI Regional Fleet Safety Manager Deb Dancause says that, with the SmartDrive system, “We are able to pick what we want to see” in working with SmartDrive staff, to “focus on the items important to us.” That includes drivers seen smoking.

Disciplinary actions should be considered with care, says Buchanan. “You can automatically terminate over serious infractions,” she says, or “you can retrain and re-evaluate and offer second chances with accountability.”

With emphasis on the latter at Melton, acceptance has proceeded well. In three years of using DriveCam, only two drivers have left as a result of the cameras. And with confidence in the training and coaching power of the systems, Melton is among fleets that have lowered experience requirements for new hires.

At the ALK Transportation Technology Summit in May of this year, Buchanan shared a clip of a driver following behind a four-wheeler toting a small trailer that fishtailed out of control and crashed. The truck driver, having maintained plenty of following distance, brought his rig to a controlled stop well behind the vehicle.

The cameras “enable us to identify good performance and celebrate that,” says Buchanan. The company now uses the clip of the driver’s perfect stop “in every DriveCam implementation” as an example, she adds.

Independents stand to benefit less
SmartDrive’s Adam Kahn notes a lack of utility for an independent owner-operator’s use of a dual-camera system. “They are using dash cams for personal protection and exoneration” in the event of an accident, he says.

But with 10- to 20-truck fleets running direct customer freight, a video-based driver improvement tool such as SmartDrive starts to make more sense, Kahn says. “Your shippers overall are becoming more cognizant of CSA scores and the risk/liability of contracting with a carrier that may have an above-threshold score,” marked by a golden triangle in a Compliance, Safety, Accountability category of measurement.

Use of a video-based system, Kahn says, can be a way to improve safety scores or, at the least, show the shipper some active involvement in safety improvement.

Lisk, with Lytx’s DriveCam, notes that given the growing ease of wireless transmission of the large amounts of data that make up video events, utility of such systems, even for independents, could well increase.

“So much of the online automation is becoming more practical for a smaller fleet,” Lisk says. The DriveCam review of small-fleet videos may result in sharing only safety-critical coachable events that rise to high severity level. Since the company owner often is wearing many hats, the information presented for review “needs to be really slimmed down,” Lisk says. “It’s like if I had 15 minutes to put attention to something today, where should I put it?”

Lisk and Kahn believe costs are reasonable for smaller fleets. Using DriveCam’s consumer product as an example (available for a $50 monthly service charge), Lisk says, “even the best owner-operator can become a better driver. In that application,” video would “be a self-coaching tool. If they have a close call, they can then go online and learn from it.”

Preferred pricing from Canal Insurance with dual-camera-system use 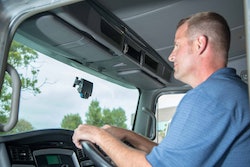 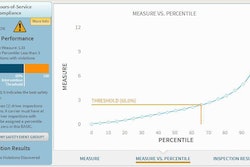