The prospect of a proposed Safety Fitness Determination rule coming this year seems to have diminished, as the Federal Motor Carrier Safety Administration has made its work on producing a rule raising the minimum amount of liability insurance for carriers a higher priority, according to projected rule publication dates in a Department of Transportation report issued this week.

FMCSA moved up the date in which it projects to publish a proposed insurance increase rule to Sept. 19, from last month’s November projection. The agency first announced its intention to pursue the rule in April, when it published a study saying the $750,000 minimum is too low and needs to be increased to account for inflation and higher medical costs.

Meanwhile, work on the long-awaited Safety Fitness Determination rule appears to have hit another snag, as the agency has pushed the projected publication date for the rule from Dec. 17 to Feb. 10, 2015. As recently as March the rule was projected to be published in early August.

The rule has been in the works since 2007 and would create a carrier scoring system the agency would use to target carriers deemed unsafe. It would permit the agency to use a data set similar to that used in the agency’s Compliance, Safety, Accountability program’s Safety Measurement System rankings.

The DOT now projects the rule to be submitted to the White House’s Office of Management and Budget on Oct. 31 and to clear the OMB Jan. 30, in prep for the Feb. 10 publication date. It would then have a three-month public comment period.

Congress could take action to require the agency to produce the rule sooner, however, in its annual DOT-funding bill. The Senate’s version includes a requirement that FMCSA publish a proposed SFD rule before the end of the year. Though the agency doesn’t always follow Congressionally required timelines, as with the electronic logging device mandate rule, which was published more than a year after 2012’s MAP-21 highway funding act’s required publication date.

The House’s version of the DOT-funding bill does not include that requirement, but it does include language to halt the agency’s work on the rule to increase the liability insurance minimum by freezing the $750,000 minimum.

Other rulemakings in the report include FMCSA’s work on a new entrant training and testing process, which does not have any projected action dates listed; a rule to rescind the requirement that drivers and carriers maintain records of vehicle inspection reports when no problems have been found, which is projected for publication in October; a rule to make it easier for military members to obtain a CDL, projected for publication next May; and a rule to require Transportation Security Administration background checks on hazmat haulers, which has no projected action dates.

So far this year, the agency has published proposed rules for its drug and alcohol clearinghouse, the electronic logging device mandate and prohibition of driver coercion. 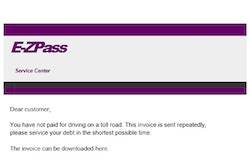