There are times in my life when I’m pretty sure that people who have a lot of money have given their common sense and most of their soul to have it. Apparently, when you have forty godzillion dollars in the bank, you don’t have to be real smart any more. Mike Bloomberg has reiterated this to me recently, with his completely ridiculous comments in recent articles about gun owners and people who support the 2nd Amendment of our Constitution.

Mr. Bloomberg feels that gun owners are all uneducated rednecks who live places where there are no roads. He’s also never taken $465 out of his fortune to fly into Denver, because he’s convinced that Colorado is an undeveloped third-world country that just happens to be right smack inside the United States of America. For some reason, this man feels perfectly entitled to hire people with guns to protect himself and his family, and I’m fairly certain he has no problems with the people who tote his untold millions around in armored trucks being armed. But anyone else who has a gun is a morally depraved idiot in his eyes. Hypocritical much, Mr. Bloomberg? I tell you what, when your bodyguards start carrying sling shots and rocks in their pockets instead of guns, you can open your fat, stupid mouth about how dumb everyone else is, mmmmkay?

I found a tee shirt in the Pilot along the way somewhere (Texas, I think) that I absolutely loved and had to have. It said, “Don’t fear guns. Fear a government that fears your guns” Below that, in smaller letters it said, “I support and defend the 2nd Amendment right to bare arms.”

Wait a minute. What?

This is one of those instances in which spelling really counts. The right to bear arms is distinctly ordered in the Constitution, however, the right to bare arms is only discussed at length in the Cosmopolitan magazine Spring/Summer issues.

I was mortified. How many people are out there wearing a tee shirt that defends their right to wear a tank top instead of carry a gun? I alerted the management, who told me the tee shirts were vendor specific and I’d have to get in touch with the vendor. They didn’t remove the shirts. Mike Bloomberg might actually look like he has some valid points (if his money hasn’t sucked the ability to read completely from his brain) when people start wearing shirts that advocate sleeveless blouses instead of gun rights.

So heads up, supporters. If you happen to find the perfect tee shirt that sums up your feelings about your rights, make sure the spelling is correct. There’s a huge difference between the words “bear” and “bare” and the entire meaning of a statement can be changed with such a seemingly small snafu. And if you already own the shirt, check the graphic. I am hoping against hope the one I saw was a small batch misprint, and there really aren’t thousands of people potentially wearing this ridiculous thing. 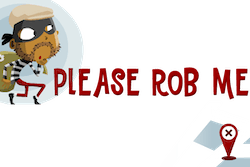 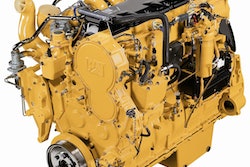