Volvo Trucks says its 2016 VN series of on-highway tractors has better aerodynamics and a more sophisticated powertrain than current models, both of which it says will push the company’s next line of trucks to better fuel economy.

Volvo says the 2016 models have more aerodynamic bumpers, chassis and fairings, all leading to better airflow around and under the truck, the tires and the trailer gap.

The improved aerodynamics can improve fuel economy by up to 3.5 percent, Volvo says.

2016 models also have the company’s new XE-Adaptive Gearing powertrain package that offer either direct or overdrive driveline depending on the load, which the system senses in real-time, Volvo says.

When loaded, the transmission locks out the 12th gear and provides the performance and fuel efficiency of direct drive, Volvo says. During unloaded or lightly loaded trips, the driveline operates in overdrive to help boost fuel economy.

The package includes Volvo’s D11 or D13 engine and the I-Shift automated-manual transmission. The powertrain package changes can improve fuel economy by up to 2.5 percent, the company says. 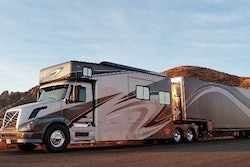 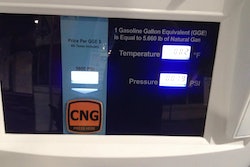 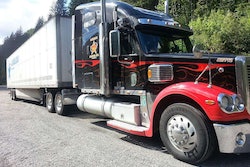 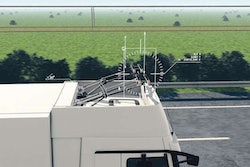