The 72-hour inspection event was held June 3-5, and the driver out-of-service rate rose slightly from last year’s 4.3 percent. The rate of vehicle out-of-service orders, however, fell to 18.7 percent from 2013’s 20.6 percent.

Of the driver OOS orders, hours violations accounted for 46.5 percent, according to the data released this week by the Commercial Vehicle Safety Alliance, who organizes the annual inspection blitz in conjunction with the Federal Motor Carrier Safety Administration.

False logs accounted for 13.7 percent of the OOS orders, and disqualified and suspended drivers made up another 20 percent.

Of the 73,475 vehicle inspections, nearly half (46.2 percent) were placed out of service for a brake-related violation. Tire and wheel violations made up nearly 14 percent of OOS orders, and lights accounted for 13.5 percent. Load securement made up 11.5 percent.

CVSA says this year it put an emphasis on hazmat compliance, and inspectors conducted 5,738 hazmat inspections, CVSA says. Of those, 919 were placed out-of-service for vehicle violations, and 172 were placed OOS for driver violations.

Nearly 70 percent of the inspections performed were Level I, the most thorough roadside inspection level. 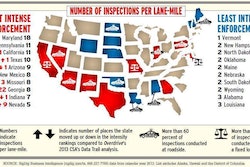 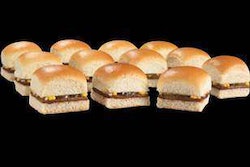