Last year’s Most Beautiful contest winner, Maggie Stone, presented Weymouth with the crown at a special ceremony held after the show closed.

Weymouth was named the winner of the contest in July, and she was featured in Overdrive this month. Click here for an in-depth story on Weymouth and to see more photos of her.

More than 71 female truckers were entered into the contest, either by nominating themselves or by someone else. A month of online voting by Overdrive readers produced ten finalists. A second round of voting was held to select a winner.

The contest is in its second year and is held to celebrate hard-working women in the industry.

Weymouth is at the show greeting attendees at the booths of Con-way and Overdrive. 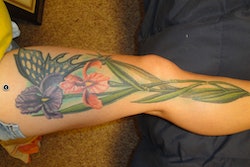 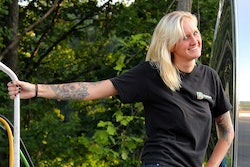 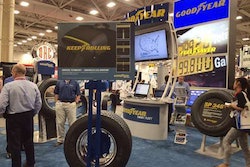 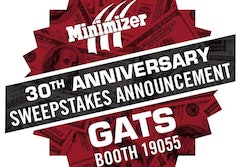