New York State’s leading trucking organization is questioning how a new bridge over the Hudson River will be financed, suggesting it could cost all commercial vehicles more money.

Kendra Hems, president of the New York State Motor Truck Association (NYSMTA), said her organization supports construction of a replacement for the Tappan Zee Bridge on I-87/I-287. But, she has concerns how the state will pay for it, and worries the $3.9 billion project could eventually lead to higher tolls on the New York State Thruway system.

While NYSMTA has no formal opinion on how the 3.1-mile-long bridge should be financed, Hems said the process needs to be open. She said that the team that was supposed address those issues has never been formed.

“No one disagrees it (the bridge) has to happen,” said Hems. “But there has been no discussion of the financing in the public forum.”

She said if the state does plan to increase tolls, she doesn’t expect any announcement between now and November, when Gov. Andrew Cuomo faces reelection. But, Hems does not rule out some sort of discussion of an increase after that.

The Tappan Zee bridge project, planned to be completed in 2018, is not all that concerns Hems about possible toll increases for commercial vehicles. She said the New York State Thruway Authority is not properly funded, and carries the added burden of maintaining the state’s canal system.

The authority’s use of toll revenues to fund the canal system was the subject of a class action lawsuit brought by the American Trucking Associations in 2013. That suit was thrown out of federal court last month on procedural grounds.

The Tappan Zee opened in late 1955 at a cost of $80.8 million. Discussions about a replacement have been going on for some 15 years. Now, some 130,000 vehicles cross the Tappan Zee daily. 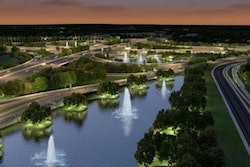 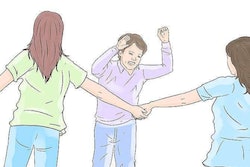