The agency has said little about the next steps of potential cross-border partnership between the two countries, and the program fell well below the participate level federal officials said they would need to accurately gauge the safety of Mexican carriers operating outside of the border zone.

FMCSA’s program officially began Oct. 14, 2011, when it granted authority to Transportes Olympic. FMCSA said then it would need at least 4,100 inspections on 46 carriers to statistically validate any analysis and make further projections about safety of Mexican carriers in the U.S.

The agency met its target number of inspections — hitting 5,455, as of Sept. 21. But it fell well short of the 46 carriers needed, with just 13 participating currently.

FMCSA says it’s reviewing the data “with the goal of developing a path forward to ensure safety on our highways while continuing to fulfill our NAFTA obligations.”

The lack of participation also has drawn the ire of at least one trucking trade group.

The Owner-Operator Independent Drivers Association sent a letter to FMCSA Oct. 1 saying the low participation rate sheds doubt on whether FMCSA has met the requirements set by Congress to gather sufficient data from which to draw conclusions about the program.

Also, 83 percent of miles traveled by participants have been within the border zone, OOIDA noted.

Participation issues were also mentioned in a first-year report from the Department of Transportation Office of Inspector General. Congress requires these IG reports, with the final one due by mid-April. Also, the DOT is mandated to report “findings, conclusions, and recommendations” to Congress at the program’s end.

The 2011 agreement between the two nations — as well as the previous program — stipulated that Mexico provide reciprocal authority for U.S. carriers. Ten U.S. carriers participated in the 2007 program, and they were allowed to continue operation in Mexico after the United States terminated that program in 2009.

A Jan. 3 congressional report noted that the most recent FMCSA reciprocity data was from when the program was announced. In April 2011, four of the 10 carriers still operated in Mexico. Most U.S. trucking firms offering services there do through a partnership with a Mexican trucking company, the report said.

While the agency’s current program costs are unclear, a June 2010 congressional report offered some measure of expense. By March 2008, the FMCSA had estimated ensuring Mexican truck safety cost more than $500 million, after the first Mexican carrier crossed the border September 2007.

OIG report: FMCSA’s data on Mexican carriers invalid due to lack of participants 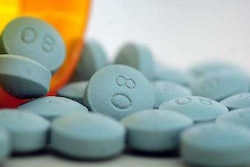