Trucking employment in the for-hire trucking industry saw a healthy jump in September, gaining 3,800 jobs from the month prior, according to the Department of Labor’s monthly employment report.

Trucking’s gains were in line with the economy as a whole, which added 248,000 non-farm jobs in the month and the country’s unemployment rate fell to 5.9 percent — the lowest since July 2008.

August’s numbers were also upwardly revised to show growth in the month, rather than the decline that was reported in the preliminary report last month.

The Labor Department numbers reflect payroll employment for the month in for-hire trucking and don’t reflect trucking jobs in other industries, like private fleets. The numbers also may not reflect the total amount of hiring, since they only reflect the number of employees paid in the month. 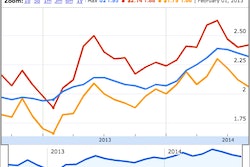 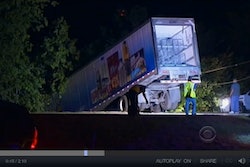