On July 5, at about 7 p.m., Nuñez was travelling on I-10 westbound near the Okaloosa-Santa Rosa county line in Florida, on his way to make a delivery. As he pulled over a hill, he saw a van that had just rolled over 3-4 times and was coming to a stop upside down. He pulled off the road, put on his flashers, and ran across the highway to help.

At the scene, he saw that one of the men — the passenger — was lying on the edge of the van with his face buried in the dirt. Nuñez sensed that his neck was broken and that he was probably dead. He decided to focus his attention on the driver, who was still alive, but trapped and screaming for help. Nuñez could not open the jammed doors, so returned to his truck and got a crowbar.

He was still unable to get the doors open. To better access the driver, he used the crowbar to break one of the windows. He crawled inside and saw that the man had a gash on his head and cuts on his arms from all the broken glass. He was bleeding badly. His left leg appeared to be broken and was twisted up inside the crushed dashboard. Nuñez cut the driver’s seatbelt, and the man dropped into his arms. All the while, he was yelling things like, “Get me out of here! I don’t want to die!”

By now, several motorists had stopped, and a husband and wife approached to help. Nuñez held onto the man and crawled partially out of the vehicle with him, accepting assistance from the husband to move him completely out. The smell of gasoline was in the air, so they made sure to bring the injured motorist a short distance from the van just in case it should catch on fire. Meanwhile, the wife had called 911. Nuñez stayed until first responders arrived and provided a statement before continuing on to make his delivery.

He would later learn that the passenger had indeed died, and the driver, who may have been intoxicated, was airlifted to a hospital and was expected to recover. An officer from the Florida Highway Patrol later wrote an e-mail to Taylor Truck Line thanking Nuñez for his assistance.

Nuñez, a former captain in a volunteer fire department for over 10 years, says that this is not the first time he has been involved in extracting someone from a dangerous situation. “I’m always aware of my surroundings and everything that’s happening out there on the road,” he said. “It’s instinct, I guess.”

For his good deed, TCA presented Nuñez with a certificate, patch, lapel pin and truck decal. Taylor Truck Line also received a certificate acknowledging that one of its drivers is a Highway Angel.

Since the program’s inception in August 1997, hundreds of drivers have been recognized as Highway Angels for the unusual kindness, courtesy, and courage they have shown others while on the job.

To nominate a driver or learn more about the program and its honorees, visit the Highway Angel website or Facebook page. 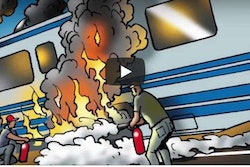 One tragedy averted, another that could have been 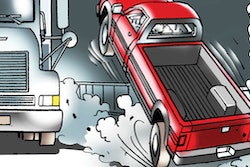 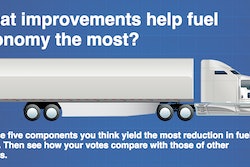 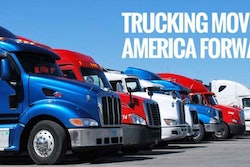