Greg Cutler of Fon Du Lac, Wis., got into hotshot hauling after years as a tow operator. His dad owned a salvage yard in the 1970s.

“I was out in California having a good time,” Cutler says, when his mother called and said, “the yard’s going belly-up.” He returned and in 1976 started running a roll-back flatbed Ford Louisville straight truck as part of the salvage operation.

“I don’t have to obey truck speed limits and don’t have to hit the scales,” he says. “If I had a ton-and-a-half- or a two-ton truck, then you’re over the weight limit.”

Though he’s recently tended toward more direct freight via a farm-equipment dealer with locations in Michigan and Wisconsin, among other sources, Cutler in recent years has booked a fair amount of freight via the uShip system, a reverse-auction format that has put the hotshot world in the television spotlight via the “Shipping Wars” TV series.

Cutler, like others, voices frustrations with uShip, which he believes has potential that has not been realized. One problem is that no one helps the service’s shippers, often private individuals, recognize the real cost of operation for even the smallest of trucks, says Cutler. Too many seem to think “they can get stuff moved for 30 cents a mile. It costs me 85 cents a mile just to keep my truck on the road, and that’s paying me nothing.”

For Cutler, his biggest success lately has been mostly away from uShip, though he doesn’t write the service off. “I’m on uShip every week looking for something.”

In a briefing with Overdrive in October, Matt Chasen, uShip chief executive officer, revealed some planned changes, part of which is a move away from the time-consuming online reverse-auction format.

“Auctions are just loaded with friction,” Chasen says. “It’s inefficient. It doesn’t work” in the increasingly mobile device-driven online environment. Transporters might make 10 to 15 bids per shipment, adding up to a “lot of wasted time.”

In the “next quarter or two,” Chasen says, uShip will move toward giving its freight-listing shippers a realistic “price context” by using data accrued on actual transactions “so they don’t have to list an auction.” Offered rates will be subject to negotiation rather than bids in auction.

For hotshot haulers interested in maximizing utilization on otherwise empty or partially empty parts of their runs, a more streamlined booking model at uShip could allow them to become “little LTLs,” Chasen says. The company’s already able to push out real-time nearby load alerts to operators’ mobile devices.

With hotshot trucks accounting for about half of uShip’s nearly 400,000 truckers, Chasen is aware of these issues. He says “uShip 2.0” will deliver “faster responses and more freight” at better rates. 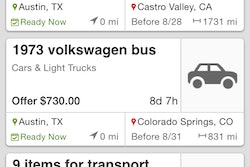 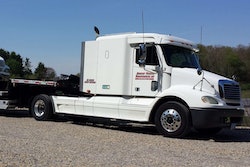 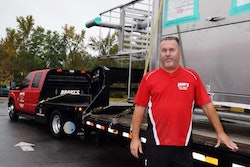