The education and training requirements are a hot topic right now. I’m not a driver, but my writing (and time on the truck with George) have both kept me pretty submerged in the industry for the past three years and my job has kind of been to bring observations from an “outsider” to light. Some people think it’s funny, some think it’s mildly entertaining, some think it’s a waste of space, but the fact remains, it’s what I do. And along with it comes a lot of interaction with a whole cross section of the driving community – I hear from everyone from the new driver to the fleet owner and I learn something every day from someone who takes the time to educate me with a comment or an e-mail.

I’ve learned a lot and I enjoy it. But there are a couple of things that really bug me, and they’ve been a constant with pretty much every cross section of the industry I’ve heard from. So, I’m going to do my job here for a minute, and make a couple of observations from a non-driver.

Amid the fervor surrounding the training requirements, I keep hearing the statement, “If the general public would be taught to drive better, it wouldn’t be so hard to drive a truck – or train people to drive a truck.” And while I wholeheartedly agree that there needs to be education for non-commercial drivers regarding commercial vehicles, I disagree with the assumption that they should be held to the same standards of driving as a CDL holder. Yes, people should know how to drive – they should also know how to take care of themselves when they’re sick, but they don’t – so there are doctors and nurses to do that for them. The exact analogy can be applied to trucking. A 17-year-old driver should know how to merge properly, but probably doesn’t, so it’s up to the professional to know how to avoid the danger in the situation. It’s what you do. If you want to be called a professional, you have to accept the responsibility of being held to a higher standard.

That being said, there are a lot of people out there who take an inordinate amount of time to point out how trucking is its own worst enemy. There are hundreds of pictures posted of the debris and detritus left behind by the few who make us all look like slobs by doing so. There is a lot of time invested in crappy, judgmental comments about how we shouldn’t be allowed to be anywhere – by truckers, not the general public. By people who are right there and could directly affect the situation, but choose to spend time posting pictures to Facebook and making snarky comments instead. I’m guilty of it myself – but I will say this, I decided to quit wasting time and energy on shaming people who don’t care and started getting out and picking the trash up myself. If I’ve got time to take a picture and post it to Facebook, I’ve got time to crawl my judgy ass out of the truck and pick the crap up. Should I have to? No. But I know something about human nature and it’s this: people will mimic each other and if enough people stop bitching and start doing there will be less doing to do. If you expect everyone around you to hold themselves to a higher standard, you must do so yourself.

The most encouraging observation I’ve made is that there are enough people in this industry who really care about it to make it better. As far as “the good old days,” I never had the opportunity to participate, but I can pretty much tell you things will never go back to being like they were in the 70s – nothing in life ever will — but I truly believe there are enough people involved who can take the best of both worlds, yesterday’s courtesy and standards and today’s technology and information, and make the industry recognized and set aside as something other than a necessary evil to the public. It’s not going to happen overnight, and a lot of those working to promote a positive image will probably have long left the industry before real change is actually recognized by people outside of it, but it can be done.

The business is definitely in “flow” mode right now. There’s momentum and people are starting to pay a little more attention – it’s up to the industry and the professionals within it to be their own “spin doctors.” We have to override the images of mangled, burning wreckage as being the fault of the industry as a whole and use it to promote the need for standard education and training laws – it’s time to stop trying to heal this horse from the back end and start looking at the teeth. And while training and education won’t even begin to address the other issues, it’s what they’re listening to right now. It’s on the table and it absolutely will affect the future of the entire industry. And it needs to be changed.

So says the outsider. My job is done for the day. 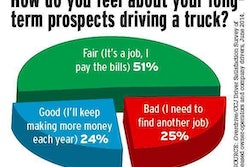 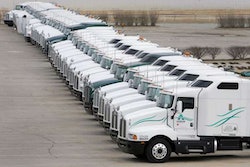