Many owner-operators are coming face to face with the Affordable Care Act’s tax implications. If recent Overdrive polling is correct, about a third of all owner-operators will pay extra this tax season – in many cases hundreds of dollars – for not carrying insurance through 2014.

Opposition to the government mandate for insurance has remained strong and consistent among about a third of Overdrive readers since the ACA was “force-fed to the American public,” as insurance broker Marc Ballard puts it. Furthermore, eight in 10 readers in early 2014, whether they had health insurance or not, noted they viewed the ACA negatively.

The open enrollment period for 2015 ended Feb. 15, then days later an exception was announced. Those who attest they’ve heard about the penalty for the first time this tax season will be able to enroll when the exchanges reopen for them March 15-April 30. Those who were not covered for part of 2015 will pay at least a partial penalty in 2016.

Unlike this year’s three-month enrollment period and the six-month period the year before, the 2016 enrollment term lasts only eight weeks and runs earlier in the calendar, Oct. 15 to Dec. 7.

Penalties for 2014 weren’t exactly stiff – $95 per adult, half that for every child (with a maximum $285 for a family), or 1 percent of total family income, whichever is greater. There’s the rub, says Todd Amen, president of owner-operator business-services firm ATBS.

“As a general rule, our clients are more reactionary to all the rules and regs of the ACA than proactive,” Amen says. Many weigh the difference between the costs of health-insurance coverage and the cost of not complying, determining that so far it makes sense not to comply.

The average ATBS owner-operator client earned about $56,000 in 2014, with deductions bringing adjusted income down to “the low $40,000s,” Amen says. For most, penalties will be calculated at 1 percent of modified adjusted gross income “rather than the minimum penalty.”

Granted, that $400-plus is a lot less than what those operators would have paid for health insurance over the course of last year. For healthy individuals without families, barring some expensive medical bills, the gamble of not getting covered in 2014 likely paid off.

As more operators consult with their accountants during this tax season, many of those without insurance are finding that it might make more sense to obtain the insurance and gain its benefits than to pay the higher penalty next year, says Bill Zenk, principal and senior transportation specialist at TrueNorth Companies.

At a certain point, “giving the government an extra $1,000 or more annually just doesn’t make sense,” Zenk says. “We’re getting close to that breaking point.”

The individual mandate for insurance, if it survives court challenges and leadership changes at the highest levels of government, could partially cripple the owner-operator business model, Zenk says. The added cost of insurance will have to be offset if the independent contractor model, including one-truck true independents with their own authority, is to survive.

“Employers are having to make new decisions about what to offer to their employee base” in terms of health coverage, too, he says. “I think it’s very new – this is the first year the ripples are starting to be felt. In the next couple of years, we’ll see even more of a ripple effect.”

Uncertainty surrounding the law continues. Today, the Supreme Court is scheduled to hear arguments in King v. Burwell. The challenge rests on an ACA language technicality but nonetheless holds the potential to eliminate subsidies for insureds who purchased insurance in one of the 36 federal-exchange states.

If the ACA remains as is, there will be, in Zenk’s view, an “industry recognition that higher pay needs to be contemplated” as an offset. “Or you could see contractors exiting the industry or reverting back to company status.”

Overdrive last looked in-depth at the issue of health-insurance costs and coverage when the health-insurance exchanges rolled out in 2013, accompanied by enrollment problems that took months to fix. At that time, North Carolina-based owner-operator Bryan Spoon and his independent dispatcher partner, Anna Lowdermilk of Lowdermilk Carrier Services, were among those testing the waters of the exchanges.

Spoon was accustomed to paying cash to a medical practitioner – at a discount – that he used for regular visits. Spoon, Lowdermilk and her son ultimately enrolled in bronze-level insurance plans from Blue Cross Blue Shield via the exchanges. They shopped mostly on price because a subsidy to reduce premiums relative to their income was not available.

Spoon ended up paying $245 monthly, Lowdermilk and her son $256, for the “Blue Advantage” plan with a $5,000 annual deductible and a broad network of doctors to suit the potential for needed coverage far from home for the flatbedder. When open enrollment came around this year, the pair found that the plan’s deductible had risen to $5,500 and the premium, for Spoon, to almost $290.

That premium is well less than comparable coverage Spoon priced prior to rollout of the Obamacare exchanges – according to Lowdermilk, as much as $900 a month.

Some watchers contend that inflation of health care costs, including insurance, is slowing down since the ACA rollout, if not stopping altogether. A look at the Bureau of Labor Statistics’ Medical Consumer Price Index reveals the slowdown, with inflation among the goods the Medical CPI measures (including health-insurance premiums) falling to about 2 percent annually following many pre-2009 years well above 4 percent.

During the latest open-enrollment period, Zenk saw rates “going up a little bit – not nearly at the rate you’d seen in the 1990s and early 2000s.” Zenk’s company specializes in health and other insurance products for owner-operators. He’s also part-owner and -operator of a 30-truck all-owner-operator fleet, Iowa-based Swingline Transport.

TrueNorth’s TrueChoices Marketplace opened with the rollout of the health-insurance exchanges in 2013 as a private exchange geared toward owner-operators. Zenk says call volume to TrueChoices exploded as Feb. 15 approached. Since the ACA has gone into effect, “we’ve tripled our enrollment on the major medical component,” Zenk says, referring to the ACA-compliant coverage they offer.

Kari Russell of the Owner-Operator Independent Drivers Association’s own private exchange said in late January that inquiries had been heavy. Though enrollments also were picking up, with just a few weeks to go during the enrollment period, she said actual enrollments in compliant insurance plans via the exchange at that time were only at about half of the total number of OOIDA members enrolled during the first 2013-14 open enrollment period.

United Healthcare, one of the big insurance carriers that declined to participate in the 2013-14 enrollment, entered the market this time, says Marc Ballard, a Florida-based independent insurance broker. “Bringing more carriers in – that competition helps sometimes to bring costs down,” he says. “We’ll see in the long run how that impacts rates next year.”

Ballard fared better this time. Prior to the open enrollment period this winter, he and the National Association of Independent Truckers worked with Chicago-based ConnectedHealth, which provides an online platform through which users can shop for insurance. Together they opened the new Truckers Insurance Exchange (find Ballard via @TIETruckers on Twitter).

It’s a private exchange geared toward drivers and owner-operators with agents who are able to offer assistance through the entire process, from a determination of subsidy/premium discount level to selecting a plan and enrolling.

The existence of the subsidies, says Zenk, also can account in part for what little slowdown in premium increases has been seen. Subsidies have helped tamp down insurance companies’ risk of covering a pool of only those who need insurance the most.

“We cannot offer a subsidy,” notes Russell, though the OOIDA exchange’s advisers are able to help association members determine if they may qualify. If so, members then connect to the federal or state exchange to purchase with a subsidy. If not, the OOIDA exchange is a good option. Though estimates have varied to as high as 50 percent for the number of owner-operators who may qualify for premium discounts on the exchanges, Russell says that “very few of the members qualify. We’ve had a very, very small percentage to get the subsidies. They’re owner-operators – they make a pretty good living.”

Russell points to other factors that are putting upward pressure on insurance rates, such as the closure of state-run high-risk pools that traditionally had covered those with pre-existing conditions. Those programs are no longer a necessity, given that ACA outlaws health insurance companies using such conditions as a reason to deny coverage. “That’s scary for insurance companies,” Russell says. “That causes a bigger drive for those uninsured to seek more health care.”

Also, OOIDA got a notification from its primary insurance carrier that it no longer would offer commissions to agents for writing insurance in certain states.

If such trends continue, options for help geared specifically to owner-operators, such as these private marketplaces, could dwindle.

For those leaning toward getting coverage for the first time, a limited choice of what could be increasingly expensive insurance products versus the non-coverage penalty increases set for 2015 and 2016 could put many owner-operators between a rock and a hard place. 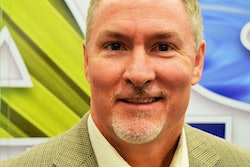