MATS: One down, two to go

MATS 2015 has kicked off, and it’s going to be huge. It’s always a gigantic show, and it’s the first of the season, so attendance is generally high. This is our third year at MATS, and the first time we’ve actually been able to finagle press passes, and I’d like to thank Toby Young for his personal attention to the matter.

We’ve got the usual dinners and meetings with corporate and marketing people from the industry. I used to get all worked up and nervous when we had corporate dinners — they always happen at really fancy places I’m not used to: being out of my element is disconcerting enough, remembering what fork to use is not something I do every day. This is the first year I’m not nervous around these folks, an experience at the GATS show in Dallas last year confirmed for me that there are people who hold pretty high positions of power within the industry, and yet they act like a three-year-old when it comes time to have a fancy meal and meeting with truckers.

We were with a group, enjoyed a beautiful meal and had a great meeting. As the party was breaking up, George and I were talking with the guy who set everything up, telling him how nice it was and thanking him. Out of nowhere, a piece of ice came flying across the table and pings him in the head. The first thing I thought was, “Please Lord, don’t let it be a drunk trucker.”

It was the guy’s boss. And he was throwing ice at a table in a restaurant that probably doesn’t have a stick of celery on the menu for less than $12. Right then and there I decided I wasn’t going to worry about inadvertently making an ass of myself in front of the so-called “important people” anymore. I also decided that I didn’t like the ice thrower very much, and my feelings haven’t changed much since.

The very best part of this show is being able to see our friends from the industry and meet new people from the road. These are actually the “important people.” All the schmoozing and boozing is great, but the meat of the show has become the people we meet in the Papa John’s lot, or on the showroom floor. There are literally thousands of awesome stories to hear, and I’ve finally been at this long enough to have a few of my own to tell.

So here we go to day two, and it’s also George’s birthday. We’re hitting the floor, I’m going to go stare at Edgar for a few minutes (until they make me leave for being weird) and we are so looking forward to meeting some of the good people who follow along here. We’re seeing The Marshall Tucker Band tonight with our dear friends, and you can bet there will be some drunk truckers, but I can tell you with a fair amount of confidence that no one will be throwing ice. Go figure.

Find our full MATS coverage via this link. 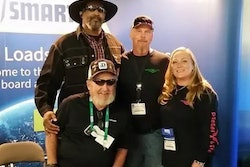 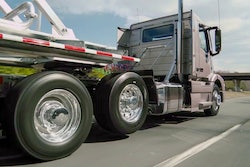 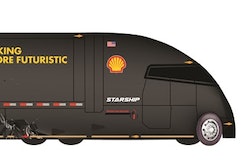 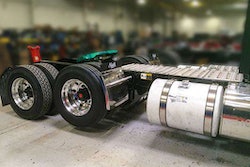