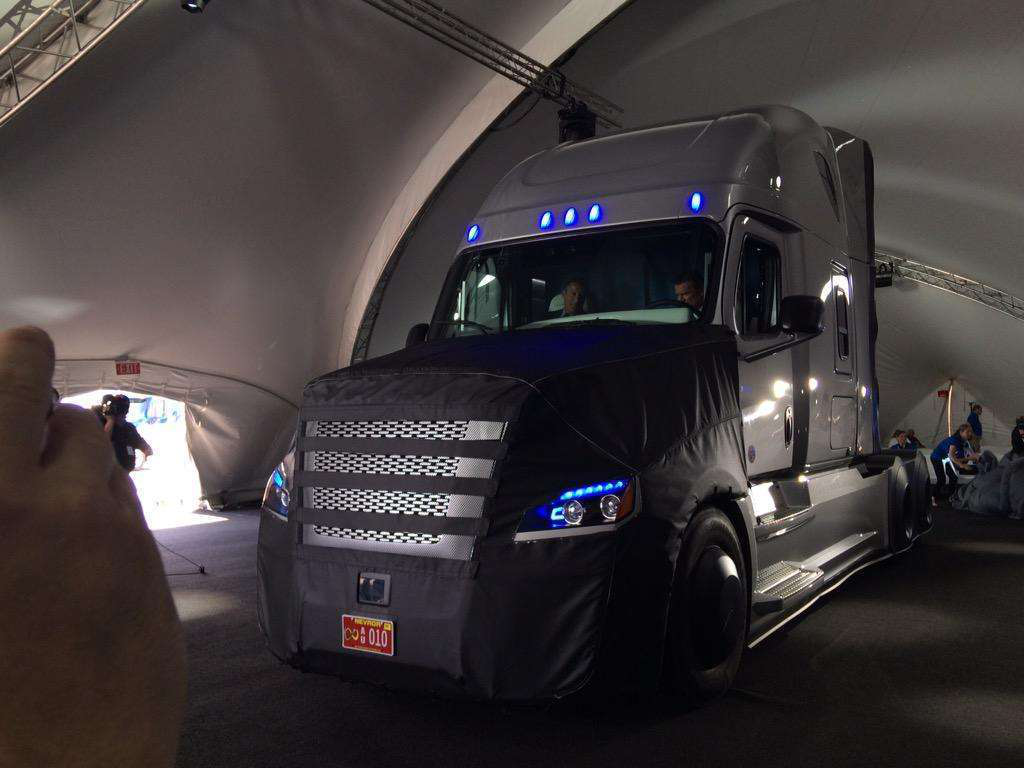 The truck, dubbed the Freightliner Inspiration, can legally operate in the state of Nevada, and it’s commercially viable, Freightliner says.

It’s not available for purchase yet, and details are still scarce. Freightliner will reveal more Wednesday, May 6.

The Inspiriation, however, will no longer be relegated to just test tracks and closed roads. It will be running in public traffic throughout the state of Nevada while engineers refine its operation.

Here are tweets from the truck’s initial soft launch Tuesday:

Here it is: They're about to pull the curtain back. First US autonomous truck. pic.twitter.com/YYOaDv4Zpd

It's called the Inspiration. Front is still camo'd until tonight. #inspirationtruck pic.twitter.com/XN4p91uN7O

The #inspirationtruck truck is a "Level 3" vehicle: Autonomous control overseen by a driver who is ultimately in command.

The @freightliner #inspirationtruck MUST have a driver. This is not just a rolling robot cruising down the highway.

Yes: Bernhard: #inspirationtruck is first ever licensed autonomous truck for commerical use in North America. pic.twitter.com/OnYgcHXxPF

Bernhard: This autonomous truck is fully registered and legal to operate in Nevada. 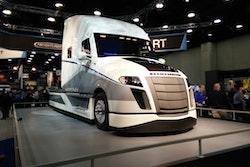