Here’s a roundup of some of the top stories. Click the links to see more on Overdrive sister site CCJ:

UPS, the nation’s largest fleet, announced it has entered into an agreement to purchase Redeem, a renewable natural gas (RNG), for its California-based delivery vehicle fleet from Clean Energy Fuel.

UPS Vice President of Global Energy and Procurement Mike Whitlatch said UPS has a goal of driving one billion miles on alternative fuel and advanced technology by the end of 2017.

Penske Truck Leasing announced last week it has been awarded a $400,000 grant from the U.S. Department of Energy to support its Alternative Fuel Vehicle Demonstration and Enhanced Driver Experience Project.

Penske Director of Alternative Fuels Matt Krasney said the company will used the funds to introduce alternative fuel vehicles to its customer base.

The program will target fleets in Wisconsin, Maryland and Louisiana who are interested in using compressed natural gas (CNG) tractors. Penske will supply the trucks at a reduced cost and much of the support the fleets need to successfully manage them over a 90-day period.

The Cummins Westport engine was initially slated to be offered by Thomas Built buses, but it will also be made available for medium-duty and vocational markets. 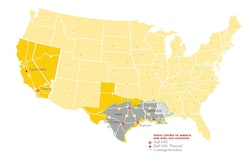 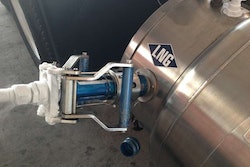 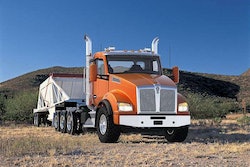 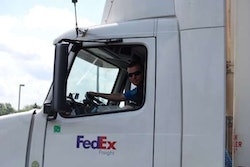 Teamsters split votes at FedEx, lose another at Con-way