Three women have been named finalists in Overdrive’s Most Beautiful contest, which recognizes female drivers who stand out for image and professionalism. Two rounds of audience voting, the first of which decided the top 10, narrowed the field from 86 nominees.

The three will compete for first-place honors, which comes with a trip to The Great American Trucking Show and a profile feature in Overdrive. The winner will be announced in late June.

Erikalynn Graham, 44, of Hendersonville, Tenn., is a safety ambassador for C.R. England, where Safety Manager Marie Hunt says Graham’s positive attitude is appreciated along with her driving credentials. “She’s well-liked here,” Hunt says. “She talks to other women, trying to encourage them to get into trucking.”

A former Driver of the Month, Graham also recently was named C.R. England’s April Safety Ambassador of the Month.

“I take pride in my safety record, my equipment and appearance, and believe that beauty comes from the confidence that you get being able to support yourself,” says Graham, who’s driven professionally for nine years. “Trucking is my passion, and I have always been fascinated with it.”

Graham’s passion doesn’t stop at trucking, though. She also loves cooking healthy meals on the road, fishing with her son, rescuing animals and caring for them — and, above all, values putting her friends and family before herself.

Graham’s on the road four to six months at a time, so she welcomes the company of a Yorkie she bought from a homeless man. The dog’s name is Mr. Right — “the perfect man,” she says — and C.R. England grandfathered her in after the company switched to a no-pet policy. 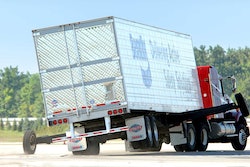 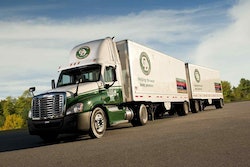