On-highway diesel prices in Ohio and the broader Midwest region are on a sharp upswing this week due to refinery work in the region. As of this morning, the average price in the Midwest region have climbed 11.6 cents a gallon since Monday, says ProMiles’ Chris Lee.

Indiana alone has seen a 8.2-cent a gallon increase since Wednesday, and Ohio has seen a 7-cent jump in its average fuel price in the last 24 hours, Lee says. Twelve refineries in the Midwest region are undergoing work, Lee says, and it could last “several weeks or longer,” he said Wednesday.

Here are all of the states  in the Midwest (PADD 2) region: 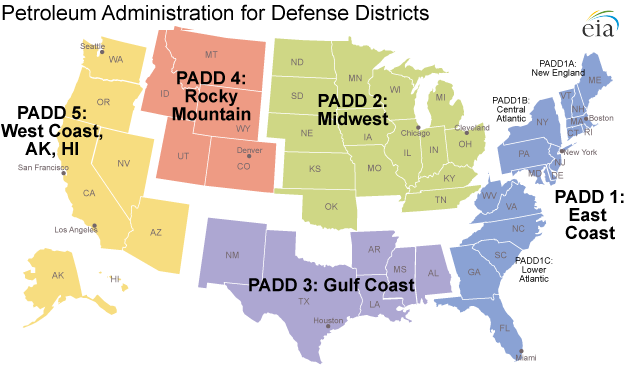