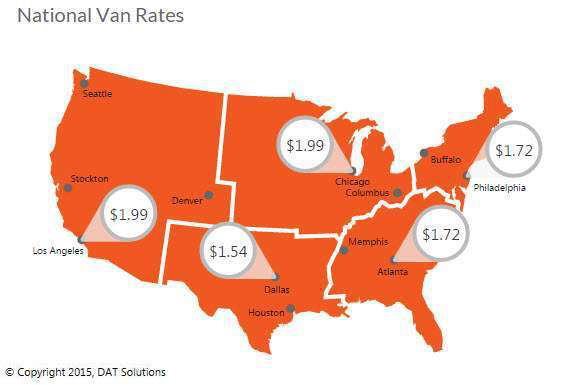 Outbound rates declined in most major freight markets, and lanes with rates above $2 per mile came under pressure. At once, however, a few lower-priced lanes saw increases that brought them closer to the $2 mark. If you’re in the neighborhood, look for loads here: Columbus to Memphis and Memphis to Indianapolis. High-paying loads are also available from Indianapolis to Columbus, so this could be a TriHaul option.

Places where volume trended up last week include Los Angeles and Memphis, where load-to-truck ratios of about 2.0 are hovering above the national average. Check out these “hot markets,” where a shortage of trucks makes it easier to get a load this week: Twin Falls, Idaho; Spokane, Wash.; Portland and Medford, Ore; Salt Lake City, Utah; Green Bay, Wis.; and Little Rock, Ark.

Some of the freight is seasonal, including shelf-stable grocery items and Christmas trees. Check load availability at your destination before you start out. 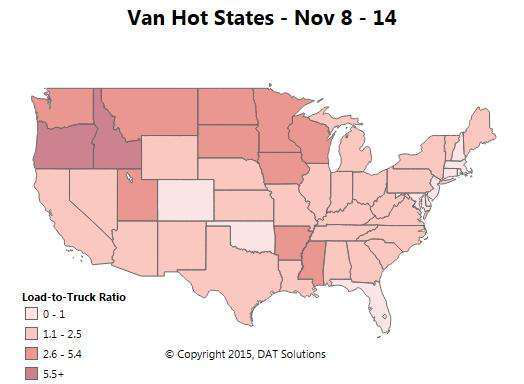 Rates reflected the national picture’s downward trend last week in both directions between Buffalo and Philadelphia last week. A 385-mile length of haul between the cities makes the round trip one that could be optimized with a third leg to get more productive use of drive time and your equipment if you’re making the run over two days. The out-and-back roundtrip rate yields revenue averaging between $1,700 and $1,800, according to averages derived from DAT RateView.

A good third leg on the return to Pittsburg, the back to Buffalo, would add around 140 miles of driving, plus extra time at the dock, in exchange for a 33 percent bump in revenue. If you can make the full triangle in two days, you end up with $1,200 or more per day compared to the Buffalo-Philly round trip. Examine the details in the chart below. 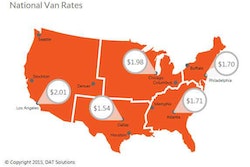 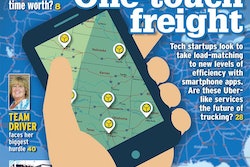 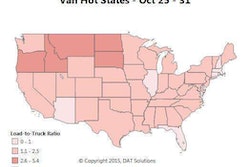 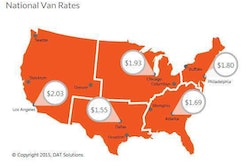