Walmart’s private fleet has sued a group of insurance companies for refusing to pay the retail giant’s settlements with victims, including actor Tracy Morgan, in the high-profile June 2014 crash on the New Jersey turnpike that left one person dead and several others severely injured.

Two of the insurers have countersued, claiming Walmart did not fight hard enough to negotiate a lower settlement with the victims in the crash.

Walmart reached settlements this year with both the family of actor James McNair, who was killed in the crash involving a Walmart Transportation tractor-trailer, and the other victims in the crash, including Morgan. The settlement terms were undisclosed in both agreements.

Walmart filed its suit against the insurance companies in October, claiming they’ve breached their contract by not paying the settlements. “Walmart took full responsibility for the tragic accident and did what was right to ensure the well-being of those who were impacted,” Walmart told CCJ. “We funded the settlement agreements in full, but some of the insurance carriers have failed to pay their portion of the settlement amount. Walmart has had umbrella liability coverages like this in place for decades and we’ve paid premiums for years. This lawsuit is about the defendant insurance companies not living up to the requirements of their own policies.”

The company was then countersued by Ohio Casualty and Liberty Insurance, who call the settlements with Morgan and the other crash victims “excessive.”

“Wal-Mart embarked on a course of action whereby it did not provide Plaintiffs and the other Insurer Defendants with the specific documents and information which they had requested in order to evaluate the settlement,” the insurance companies claim in their suit.

The crash last year came just as lawmakers began attempts to rollback some of the 2013-implemented changes to regulations governing truckers’ hours of service, the two concurrent events combining to spark a national debate over HOS rules. Ultimately, however, the suspension of some hours rules prevailed.

The crash occurred the morning of June 7, 2014, when Walmart driver Kevin Roper allegedly dozed off before rear-ending a Mercedes Sprinter van carrying Morgan, McNair and about half a dozen others.

Roper has been charged with vehicular homicide. The National Transportation Safety Board in its review of the crash determined Roper had slept just four hours in the 33 hours preceding the fatal collision. He drove 800 miles in his personal car the night before from Georgia to Delaware before beginning his on-duty time the morning of the crash. 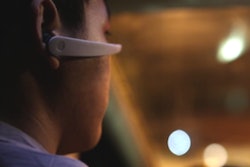