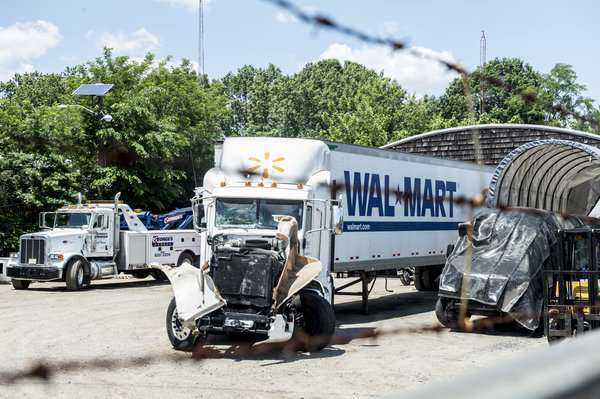 Actor Tracy Morgan and retail giant Walmart have settled the civil suit brought by Morgan last year that blamed the private carrier’s lack of compliance with federal trucking regulations as the cause in the June 2014 New Jersey Turnpike crash that left one dead and several others, including Morgan, severely injured.

The terms of the settlement were not disclosed, and court documents show both parties agreed to seal the case files this week.

Morgan’s suit, which was brought in conjunction with the three other survivors in the crash, accused Walmart’s private fleet of of being “careless and negligent” in its oversight of its drivers and its equipment.

The driver of the Walmart truck involved in the crash, Kevin Roper, was reportedly awake for 24 hours prior to the crash and had immediately before beginning his shift commuted 700 miles in his personal vehicle from Georgia to Delaware to the Walmart terminal where he began work.

Roper allegedly fell asleep at the wheel of his Walmart truck that day, leading to the fatal rear-end collision with Morgan’s Mercedes Sprinter van. Comedian James McNair died in the crash. Walmart earlier this year settled a suit brought by McNair’s family.

Morgan and the other plaintiffs in the case claim Walmart “knew or should have known Mr. Roper was awake for more than 24 conecutive hours immediately before the subject accident.”

The suit also accused Walmart of intentionally and regularly violating hours-of-service rules. The carrier “condoned this practice of its drivers routinely violating” hours regulations, the plaintiffs alleged in the suit.

The truck in the crash was also equipped with an active safety system that should have automatically engaged the braking system. It did not deploy, however, and Walmart “knew or should have known” the system was “compromised,” the lawsuit alleges.

Roper has been criminally charged with manslaughter and assault by auto, both of which he has pleaded not guilty to. Proceedings in the criminal case continues.

The National Transportation Safety Board concluded in its investigation of the crash that Roper was traveling roughly 65 mph in a 45 mph zone. NTSB also concluded that Roper did fall asleep at the wheel prior to the crash.

The crash also came just after a Senate committee adopted language in its 2015 DOT appropriations bill to suspend certain hours-of-service rules put in place in 2013. The crash prompted defense of the rules from some lawmakers, including New Jersey Senator Corey Booker, but the language halting the rules did end up making it in the final version of the legislation. 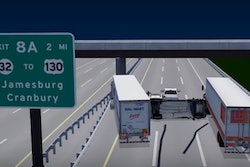