An editorial in the Savannah Morning News used that old and oh-so-wonderful “tired truckers” phrase in its headline yesterday. To wit, “Get tired truckers off the roads.”

I was fully prepared to read a denunciation of the millions of CDL holders when I opened the link, but I might well should have been prepared for something else. The clickbait headline led to a somewhat measured though indeed critical look at a particular Georgia crash that the state patrol says was the result of a truck failing to slow down in time for an I-16 stoppage. You can read more about the somewhat recent crash, which resulted in four deaths — Georgia hasn’t filed charges, apparently, but lawsuits against the trucking companies involved are in the offing — via this link.

Likewise, with all the talk over technological fixes to such extreme accidents in the news following the Philadelphia Amtrak derailment this week, I recalled what Transport America’s Gary Falldin had to say about active-braking technology that his company has deployed nearly fleetwide at this point. He was speaking at the TCA safety meeting last week during the final general session, and made reference to active-safety driver-assist-type systems as “really coming on. But don’t get into it for its own sake.” He urged the fleet safety personnel in attendance to ask themselves, “What will make the driver’s job easier, and safer?”

The company began spec’ing all new vehicles in the fleet with collision mitigation with active braking, which when engaged will take over to stop the vehicle if its radar senses a crash is imminent. While lawsuits in the crash mentioned above reportedly allege, according to the article referenced above, “that the truck was equipped with a Collision Avoidance System, which is designed to warn drivers as they approach objects in the highway,” given the severity of the accident it may not have been equipped with the kind of active-braking tech that Transport America is using.

“We’ve got a good buy-in with the drivers” on the system, says Falldin, part of it driven by results. “We have not had a rear-end collision with the active braking” systems but for a driver who ran into a sandstorm out west, Falldin says. Prior, they’d had some rear-end issues time to time before that, Falldin says, and with “active braking, it went to zero.”

Falldin also noted that hard-brake events still lead to conversations and “coaching” with driver personnel, also enabled by technology that monitors such events recorded by the electronic control module and available to back-office personnel. “We still talk to every driver with a hard brake event,” Falldin said, going on to mention a variety of available programs that aggregate on-highway performance indicators to further given fleet personnel a window into who exactly could benefit from help. (Max Heine ran down several predictive modeling programs fleets are using for such purposes in this 2014 feature series.) He emphasized this point, though: “If you don’t use it to talk to the drivers in the proper way … you’ll just have a bunch of ticked-off drivers.”

I wrote a little about Landstar-leased owner-operator Gary Buchs’ thoughts on dealing with inspections Tuesday. When Buchs and I talked, he mentioned his own opting in to such hard-brake monitoring after Landstar began requiring electronic-logging platforms for new contractors and pledging to then upgrade existing contractors on their dime to the platform if they chose to do so. That particular monitoring feature of the electronic system was optional, he says, and after a time he came to the conclusion that it was more of a deterrent to his own safe operation that the latter.

Remember, we’re not talking about an active safety-assist feature here, just an ECM reader, essentially, that communicates hard brake events to the back office for purposes of coaching. “It caused me to run a red light,” says Buchs. “I was worried about hitting my brakes too hard. I had gotten a call a week before” after a car made a rolling turn at a stop light and I had to hit the brakes too hard. They called and said, ‘What’d you do?’ I knew I’d done the right thing.” He asked the person on the other end of the line, “How fast was I going?” The answer — 28 mph. The speed limit on that road was 35.

In this case, the conversation didn’t have the intended effect, which is to put safety in the front of the mind, to keep keen awareness on-highway awareness sharpened. “A week later, I got caught on a two lane with a light where it turns yellow,” without enough time to make it through the intersection. “I hesitated,” says Buchs, worried about registering a hard brake, “and it caused me to run the red light.

“I went in and said, ‘You’ve got to turn that thing off on my truck.’ They didn’t want to – but they said, we’re glad you told us.”

Ultimately, the incident suggests, there can be no substitute for situational awareness on the road for highway safety. Whatever comes of active driver-assist safety technologies in the near future, it will remain an aware driver that is the bedrock of all trucking safety. 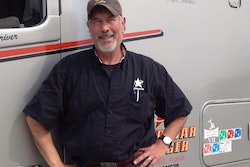 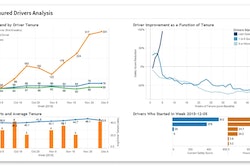