The national all-in average reefer rate, including fuel surcharges, rose a cent to $1.95 per mile last week despite a cent decline in the average fuel surcharge. That average was up from a mid-November $1.93 per mile, and it followed a concurrent 39 percent boost in load availability nationwide on DAT Load Boards, the company said.

Overall, though, if you can complete the round trip in three days, you’ll average $1.99 per loaded mile and $1,300 per day in overall revenue. If delays on the first leg will necessitate a fourth day, consider splitting the return with a load to Charlotte, then another back to Atlanta. Both of those lanes have run at considerably higher rates than Miami-Atlanta over the last week.

The triangle, based on lane rate averages derived from DAT RateView, puts you at $2.13-per-mile for the round, boosting your total revenue by almost $900 as well. Examine the details below. 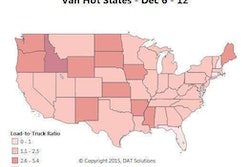 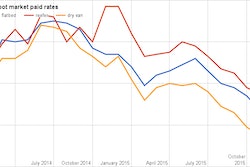 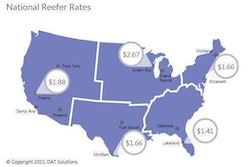