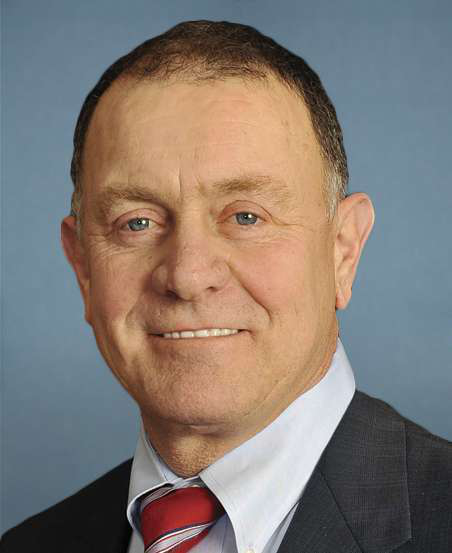 A pro-trucking member of the House of Representatives is stepping down when his present term expires next year.

Rep. Richard Hanna, a moderate Republican from the largely rural 22nd Congressional District in Upstate New York, was expected to announce his retirement, Monday, Dec. 21. He will leave office when this, his third term, ends next year.

The 64-year-old said he wants to spend more time with his family.

As a member of the House Committee on Transportation and Infrastructure, Hanna earlier this year voiced opposition to a Federal Motor Carrier Safety Administration proposal to require all motor carriers operating in interstate commerce have all vehicles display a compliance decal denoting that all safety standards in effect at the time the vehicle was manufactured were met.

Hanna also raised concerns about the scope of and participants in the FMCSA’s Congressionally-required 34-hour restart study. He also was one of five members of the House to introduce a bill that would require shippers, brokers, freight forwarders and others to vet carriers prior to hiring them. The bill also aims to remove the public assumption that carrier rankings in the DOT’s Compliance, Safety, Accountability program should be used as a tool to hire carriers.

Hanna gained national noteriety for his independence within the Republican party. He was one of only three Republicans who opposed defunding Planned Parenthood, and said he felt the committee investigating the 2012 attacks in Benghazi, Libya was motived by political opposition to Hillary Clinton.

The race to replace Hanna is expected to attract considerable national attention. Primaries in New York will be held June 28.