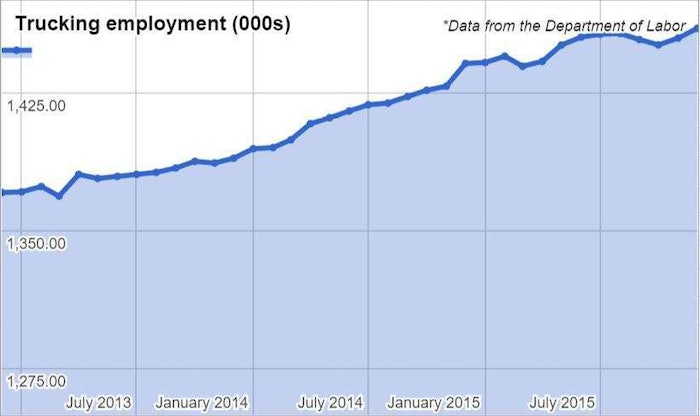 December’s total employment figure in the for-hire trucking industry, reported by the DOL as 1.462 million, was just shy of 20,000 jobs higher than December 2014.

The U.S. economy as whole added nearly 300,000 jobs in the month, while the country’s unemployment rate held at 5 percent.