Edward Wilcher, a Florida-based truck driver for Roadrunner Expedite, has been named a Highway Angel by the Truckload Carriers Association for helping a fellow truck driver escape his burning truck.

On Aug. 20, 2015, Wilcher had just parked after picking up his truck from the mechanic at the Love’s truck stop in Joplin, Mo., when he heard a horn blowing and a man yelling outside.

He saw flames several feet high coming from the refer trailer parked next to him. His first instinct was to move his truck so it wouldn’t catch fire, but he quickly realized the truck that on fire was closed up and entrapping.

“I ran to the truck and started beating on the windows and yelling to wake up the other driver to warn him of the fire. I about busted the window out,” Wilcher said.

This woke the driver up, who then jumped out of the passenger window. After Wilcher knew the driver was safe, he ran back to his truck to move it. As he was pulling away, the trailer exploded and caved in the sleeper berth where the other driver had just been sleeping.

Wilcher, has been a professional truck driver for 27 years and enjoys getting to travel the country and be his own boss.

For his willingness to help, TCA has presented Wilcher with a certificate, patch, lapel pin, and truck decal. Roadrunner Expedite also received a certificate acknowledging that one of its drivers is a Highway Angel. 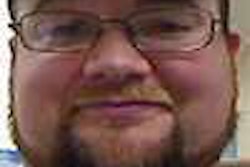 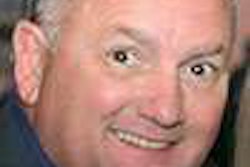