Julian Kaczor of Utica, N.Y., a truck driver for Leonard’s Transportation out of Farmington, N.Y., has been named a Highway Angel by the Truckload Carriers Association for saving a man from a burning car after it crashed.

Early on July 2, 2015, Kaczor was driving south on I-95 in Jacksonville, Fla., in a construction zone. He was in the center lane when a car sped by him and almost clipped his truck. A short distance later, the car crashed into the road construction barriers and spun out of control, coming to rest in the middle of the interstate.

Kaczor was immediately on the scene and went to check on the driver. As he approached, he noticed the car smoking and a fire starting under the hood. He got his fire extinguisher from his truck and started trying to put out the fire, but it was growing too much for the one extinguisher.

Kaczor knew he had to get the driver out of the car quickly, so he began prying the door open with his bare hands.

“The driver had several large gashes on his forehead and there was blood everywhere,” stated Kaczor.

He pulled the driver from the car and carried him about 15 feet away from the burning car, which was now engulfed in flames. Another truck driver had stopped to help, and the two carried the injured man farther away to safety.  The other truck driver left before anyone could get his name and thank him for his help.

Kaczor has been driving a truck for 20 years and trucking runs in his family as his father was also a truck driver.

“I don’t consider myself a ‘hero’, I was just doing my job,” Kaczor said. “It’s all about paying it forward.”

For his willingness to help, TCA has presented Kaczor with a certificate, patch, lapel pin and truck decal. Leonard’s Transportation also received a certificate acknowledging him as a Highway Angel. 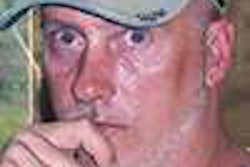 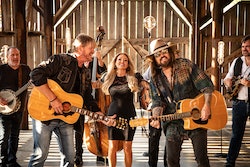