“Mike is well-known and respected in the halls of Congress and in our industry,” said ATA President and CEO Bill Graves, “and we are tremendously pleased that he will be part of the ATA family going forward.”

“Trucking is the backbone of our nation’s economy,” Joyce said. “I’m excited about the opportunities to harness the tremendous expertise and resources of the ATA; picking up the tradition of being a robust and active voice in promoting our dynamic industry among policy makers, regulators, and the general public, both in Washington, D.C. and the state level.” 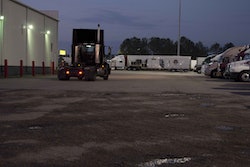