Load-by-load tracking, useful to independents and their shipper/receiver and broker partners for providing parties real-time visibility into a load’s movement for accurate arrival time sharing, has gotten easier and easier with the advent of smartphone technology. Overdrive‘s Trucker Tools app for Android/iOS platforms provides its Load Track service for $1 per load, utilizing the GPS capabilities in the phone to allow carriers and their customers to coordinate easily on tracking from within the app and a web-based dashboard.

The FourKites company has taken a similar approach but is extending it beyond just its CarrierLink smartphone app (iOS, Android) to include load-track capability ($1 per load for updates on the hours, $1.75 for every 30 minutes) to track utilizing most any sort of cellphone, with or without GPS, the company says. The app-less cellphone tracking service acquires permission through IVR (Interactive Voice Response). A broker supplies FourKites with a driver’s phone number for a specific load, which launches an automated call to that phone. The driver grants permission to track by saying “yes” or by pressing the number “1” from their dial pad.

According to Mathew Elenjickal, CEO of FourKites, app-less cellphone tracking, “We see app-less tracking as a breakthrough for brokers in two ways. First, it simplifies load assignment for both the broker and the driver. The driver doesn’t have to download an app on his or her phone. All they have to do is respond to a phone request. Second, it costs brokers only a dollar per load, far less than competing services offering less frequent location updates.”

Elenjickal explains that app-less cellphone tracking locates phones by cell tower triangulation and thus can track cellphones not equipped with GPS. The CarrierLink app installed on a driver’s smartphone continues to work with the phone’s GPS and will remain free for brokers, he adds.

Real-time location information is fed into the FourKites platform to predict ETAs and provide delay alerts and arrival and departure times at stops using circular and polygon geo-fences. 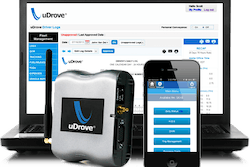 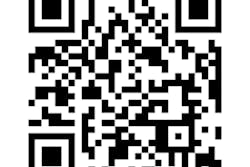 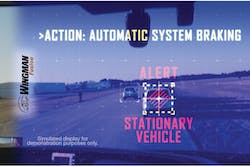