North Bend, Wash., is the most recent community to enact a highly publicized truck ban. They’re not alone, there are many communities who don’t want truck stops within them. I get at least one message a week about it. It’s infuriating to me, and here’s why:

Bans are not a way to solve problems. Disallowing something doesn’t make it disappear. The communities that choose the knee-jerk reaction of banning trucks aren’t looking to solve problems, they’re looking for a band-aid to slap on the gaping wound of parking and big truck issues. Eventually, the wound will bleed the band-aid off and they’ll be stuck in the same situation, only this time the wound is angry and infected. No one wants to go where they’re not wanted, but the fact that those communities still engage in commerce makes the very trucks they hate so much necessary for them to continue being the bucolic little paradises they think they are. 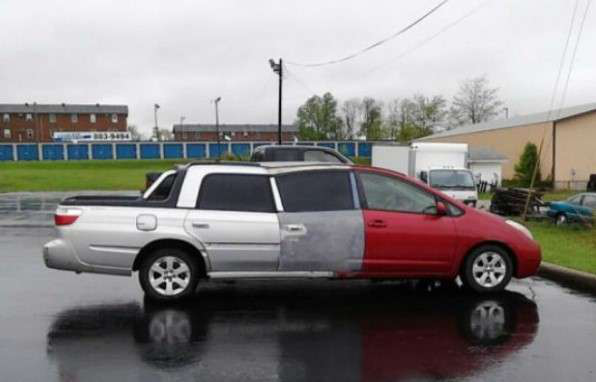 We hear the same reasons over and over again for the bans. Trucks are dirty, big, and scary. They’re loud and full of (gasp) truckers. Little Jimmy may be scarred for life by the sight of a man or woman who actually works for a living. God forbid, he may even want to be a trucker one day.

OK, admittedly it may be a little snarky to assume local people think that way, but it’s hard to be kind to individuals who make public comments to that effect in their city council meetings.

The elephant in the room is the self-inflicted problems drivers have. Yes, a million times yes, there are filthy truckers. I’ve seen them, yelled at them and called them out publicly my very own self, but here’s the thing – for every one of those I see, there are two hundred decent, hardworking people who want nothing more than to make a living and go home safely.

As far as the prostitution issue residents seem so concerned with, they should take a look around their local Craigslist before they pin the majority of the problem on truck stops. And I don’t even want to hear about the emissions. I have a huge problem with a town that will allow a 400-year-old Datsun, billowing smoke and held together with zip ties to roll freely around town, every single day, while screaming about how dirty trucks that come through once a week are. Stop it. You’re being ridiculous.

Bans are not solutions. They’re bans. The word is short, the effect it has is short. History proves again and again that making something illegal doesn’t stop it. Solutions require compromise and creative thinking. I have never met a professional driver who seeks out a residential neighborhood to park for the night. They don’t want to be in your town any more than you want them to be there.

Allow the truck stops on the outskirts of town, where they belong, where the truckers prefer them, where it makes sense to have them. Enact and enforce litter laws, and use the idiots who refuse to comply as revenue. Stop complaining about it and actually do something constructive – the first time word gets out that someone got a $2,500 ticket for pouring piss on the ground, you can bet people will take notice.

Bans are cop outs for people who are too lazy or stupid to find solutions – don’t ban me, bro.