Freight has picked up further in the last week, says DAT’s Ken Harper, following gains the prior week. “Spot volumes for van and reefer are approaching last year’s levels at this time.”

Rates, too, got “a shot in the arm,” he adds, “in part because a significant number of carriers decided to sit out” Roadcheck week. For those who didn’t, inspections may have slowed a significant number down, affecting capacity overall through the week. The result was greater demand, reflected in better rates on high-volume lanes. 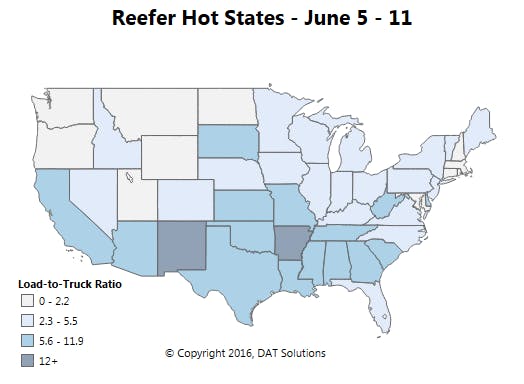 The seasonal shift in reefer freight volumes from East to West continued, with harvests way down in Florida. Almost all the lanes out of the state lost traction last week. Aside from a few pockets of activity, the East Coast is quiet for reefers, but California is heating up. Strong volumes are driving up rates in Fresno, and Sacramento rebounded in a big way last week. 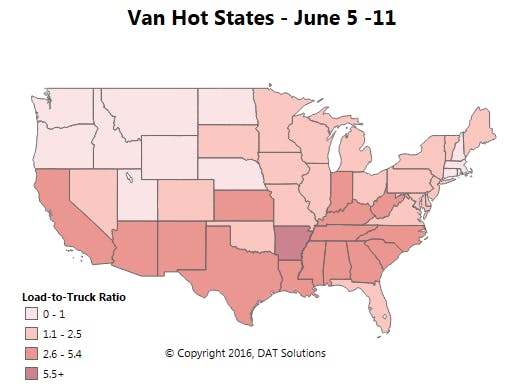 For dry vans, retail freight is driving rates up for loads heading into the Northeast. Outbound rates were way up again in Memphis last week, while Columbus rates have improved the most in the past month. Prices are still strong in Stockton, Calif., and Los Angeles, but the gains in “headhaul” rates also led to falling prices on “backhaul” lanes. When you are negotiating for a high-paying load, take a look at the rate for the return trip to be sure that roundtrip average is going to work for you given the time put in.

Average dry van rates out of Columbus, Ohio, to Philadelphia last week stood at $2.65/mile. Head straight back with a spot load from Philly, however, and your prospects dim considerably. Philly-Columbus averaged just $1.25/mile. If timing works out, split the return with a shorter load to Pittsburgh, then another from there to Columbus. Based on rate averages last week, doing so would add $482 in revenue and just around 20 miles. Examine the details in the chart below. 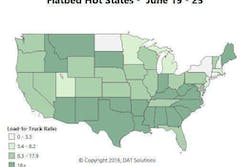 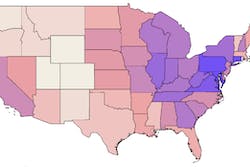 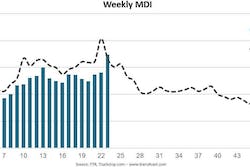 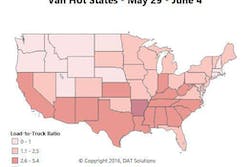