A lesson learned from a fishing dry spell

I have a confession to make, and it’s not an easy one.

Earlier this year, we spent almost three weeks running Florida and I didn’t catch one single fish the whole time. Granted, I was fishing before and after work, and I only lost about 90 hours of sleep casting every rubber worm known to mankind, but it was Florida, for heaven’s sake, and I didn’t even get a good bite.

I carry my pole behind the seat of the truck, and if there’s water close, I’m gonna put a worm in it. George is certain I will be arrested one day, or at least bitten by a snake, because I often forget I’m not in Ohio, where there aren’t nearly as many bitey-kill-you-things as there are in, say, Texas. I can’t help it. I see a body of water and I’m off like a rocket towards it. (Let’s face it, I’m off like a rocket anyway, the water can’t be blamed. Sigh.)

Needless to say, I was a little put out by the Florida fishing turn of events. I even considered my time as a bass slayer might have come to an end, and I had somehow lost my ability to catch the most fish in the boat. I may have possibly even shook my fists at the sky, cursing the fish gods a time or two. I can’t really remember because the depression was so deep and dark. 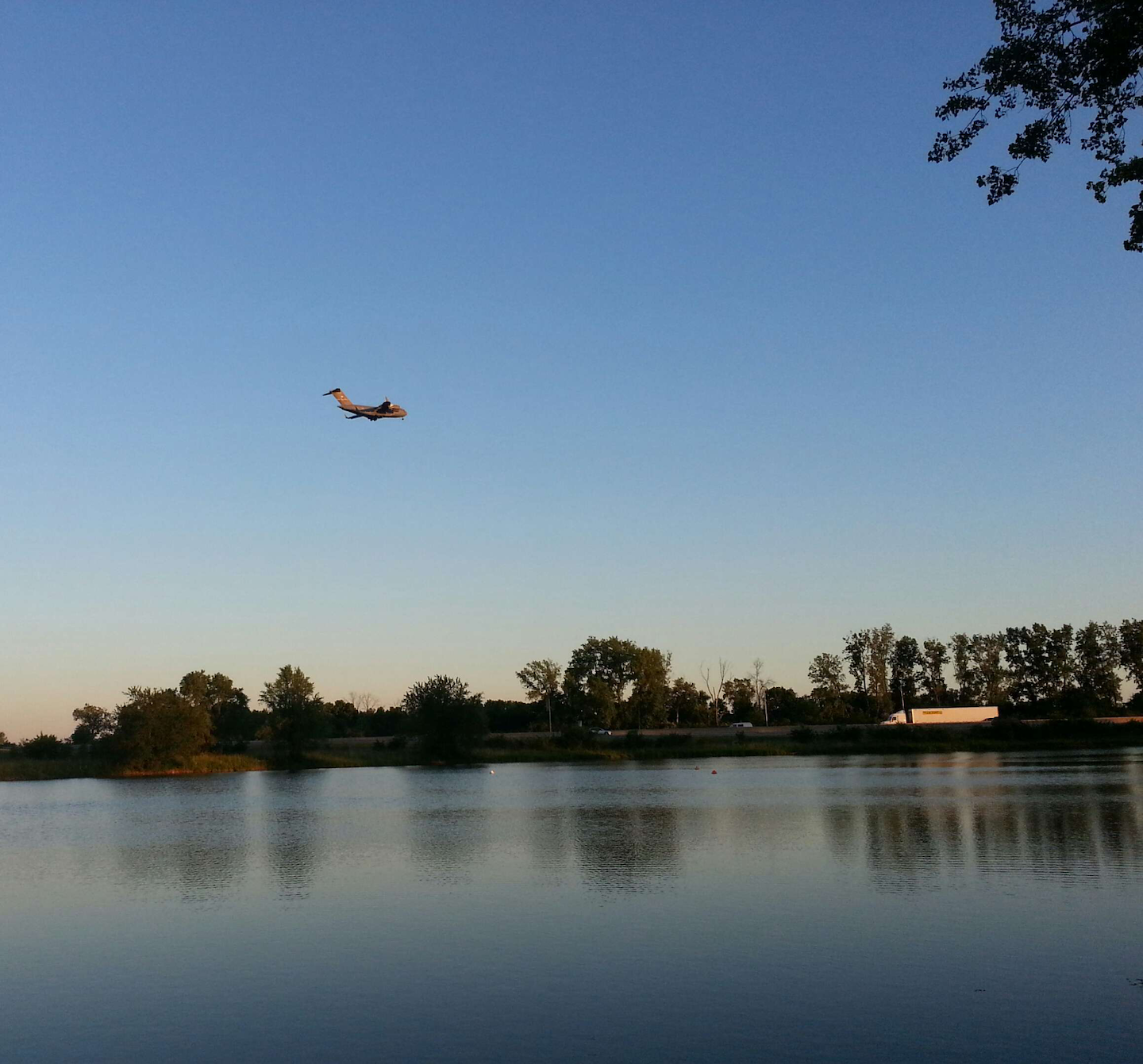 This pond was far too much temptation.

I lost my passion for a minute, I felt pretty defeated by fish in general, and I (gasp) avoided fishing for a month or two. Like any good junkie, though, I was tempted enough by the gorgeous pond out in front of Refurb 1, where we’re having the truck painted. When Mikey told me I could fish any time, I got all sweaty, felt my hands shaking a little, and knew I couldn’t resist any longer.

We finally found time in between shows this week to go sit in front of the water and be quiet together. It’s the best thing in the world to be able to sit in silence with another human being and take in the beauty our creator gave us to enjoy. This is church for me.

After getting relaxed, I baited the hook and threw my hopes and dreams about fishing into the water. Two seconds in, and I knew the dry spell was over. Only people who fish understand the insane joy of a tug so hard it almost whangs the pole out of your hand. I’ve never done heroin, but I suspect a good hit from a fat bass is a thousand times better and a lot harder to get.

I didn’t catch the bass, but I did sit on the little dock and catch blue gill as fast as I could bait the hook. Those little boogers restored my passion, they’re fun to catch when they’re hungry, and a littly ol’ bitty one will hit the bait like a freight train.

When we started catching fish, I was finally ready to talk about my deep depression over the whole Florida incident. I told George I had been terrified I would never catch another fish, and watching him catch them from the same damn boat was torture. (I have kind of the same terror about writing. I’m pretty sure I’m going to wake up one day and not be able to ramble on like I’ve done here, which would probably be a gift to the universe, but it would be devastating to me.)

Now George is a smart guy, it’s one of the best things about him, but sometimes he says stuff that’s so poignant, I have to write it down and share it. He looked at me and said, “Baby, when you’re in that boat, you’re looking for a bass to marry. You’re hunting, and things don’t like to be hunted. You gotta let the relationship happen, like I do. See, I don’t care if I catch a fish, I just enjoy the time on the water.”

This is probably one of the most applicable statements to life in general I have ever heard. Things don’t like to be hunted, you have to let the relationship happen – and I’m not just talking about finding mates and marrying bass. (Gross, by the way.) I’ve spent the last six months uptight and hunting this perfect business model, and it’s being evasive because I’m not letting the relationship happen. It’s time to enjoy the water a little and go with the flow instead of freaking out monumentally over every delay and change.

The dry spell is over. Let’s go fishin’.